Long before the internet existed, before there were cellphones or laptops, back when schools used their PET computers to teach typing, not programming, I was a self-taught teen who had grown up in my father’s engineering shop. I used phones lines, connected to my Commodore 64, to hack other systems, to pirate software, play rudimentary online games, and participate in anonymous bulletin board groups that were a precursor to the 4Chan and Anon groups of today.

When the World Wide Web did arrive, I was working for leading CD manufacturer Cinram International where my warnings of upcoming digital audio technologies and Napster prompted one Manager to quip “As if we’re all going to lose our jobs because of ‘MP3s””.

It was clear I needed to move on, so….

It all began in 1999 with a Canadian video game and hardware review website I started with Jerry Puchyr. Within three months of launch, our flash-based reviews and screenshot galleries lead to content partnerships with Chapters.ca and AOL Canada. 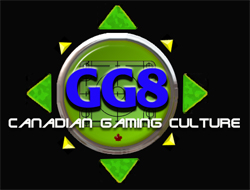 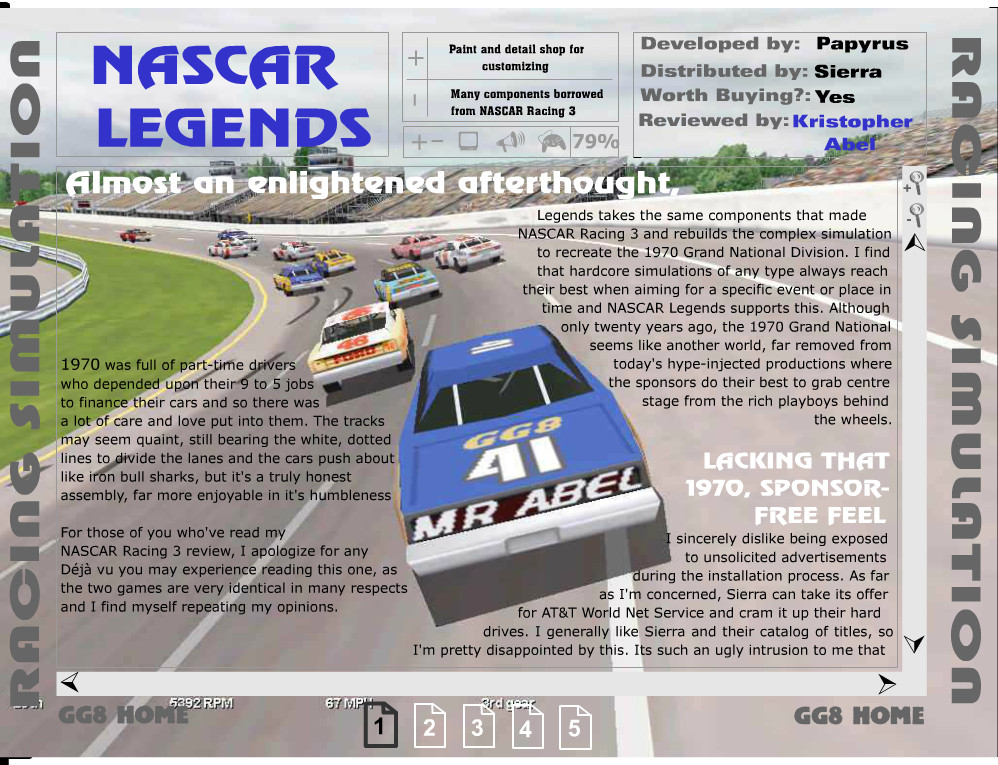 A web content deal with the TV series Game Nation lead me to join as associate producer for the show in 2000. The creators were happy when I pushed to include more female testers and guests, but a minority of angry male fans protested, accusing me of faking the footage of the women playing. 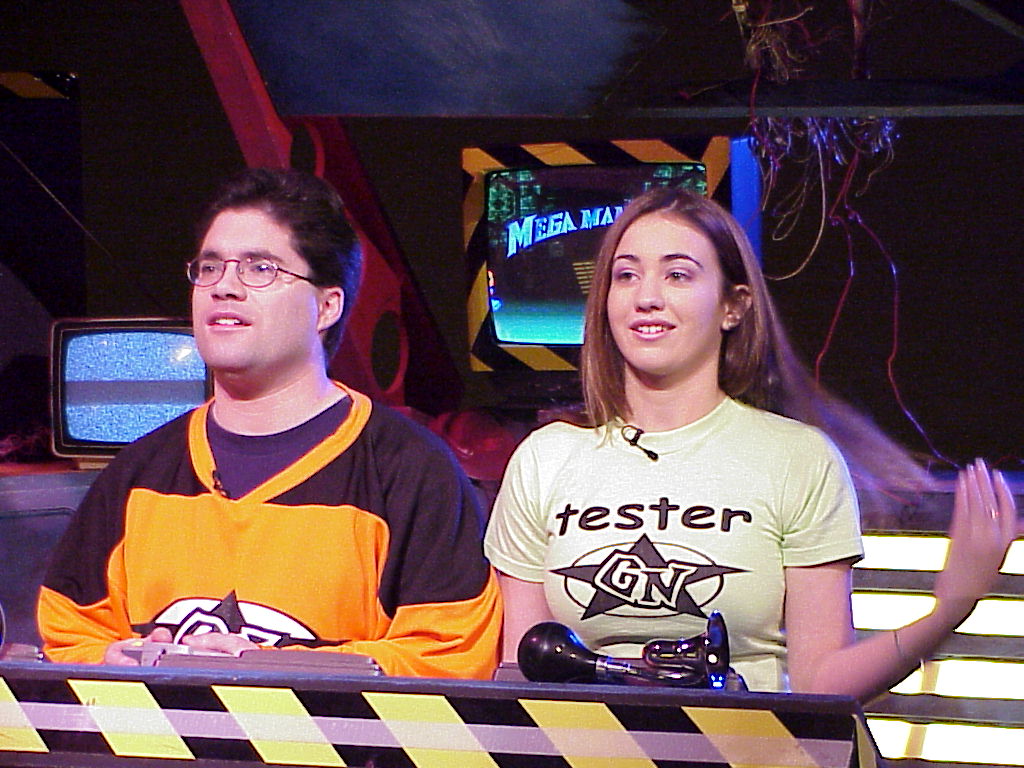 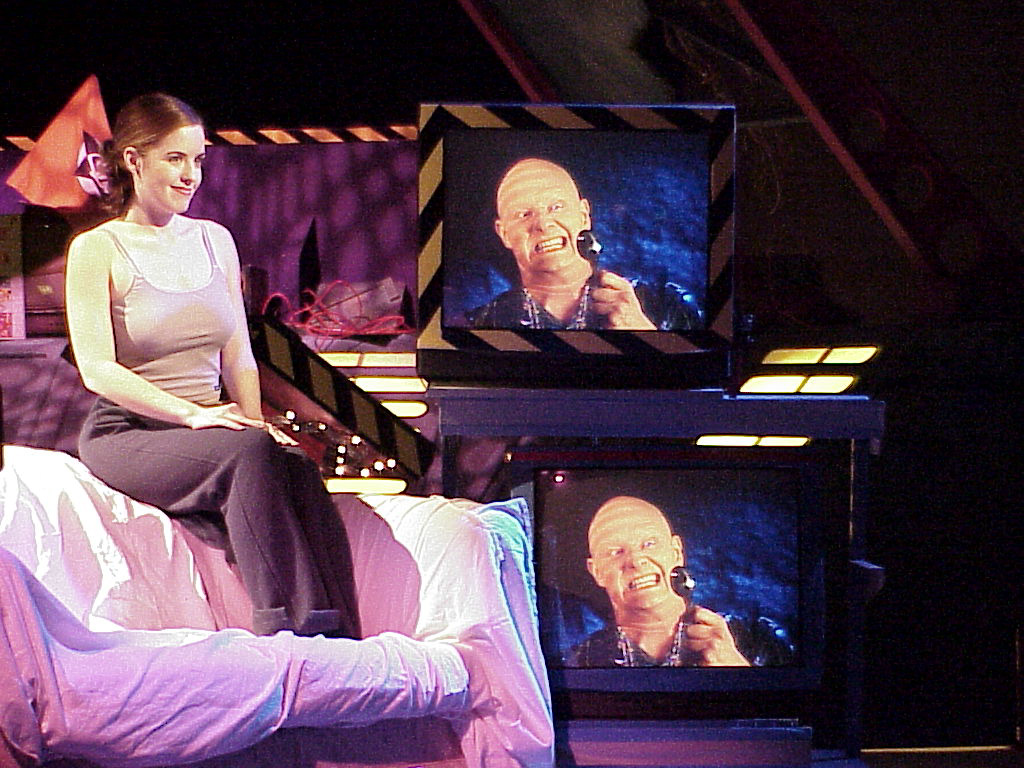 In 2002 I joined Canada AM, becoming CTV’s first resident tech expert. For more then eight years I designed and performed over 1,200 weekly live tech demos and prototype tests early in the morning, assembling them during the commercial break. I introduced our national audience to the iPod, wi-fi, High Definition, cameraphones, social networks, YouTube, Google Maps, PVRs, Blu-Ray, the iPhone, and high speed mobile internet amongst many other pioneering innovations that changed our society and lives forever.

I reported live for the show from CES in Las Vegas, E3 in Los Angeles, Apple’s events in San Francisco, and delivered special reports from Canada’s top video game studios along with science updates from museums, science centre, and colleges. 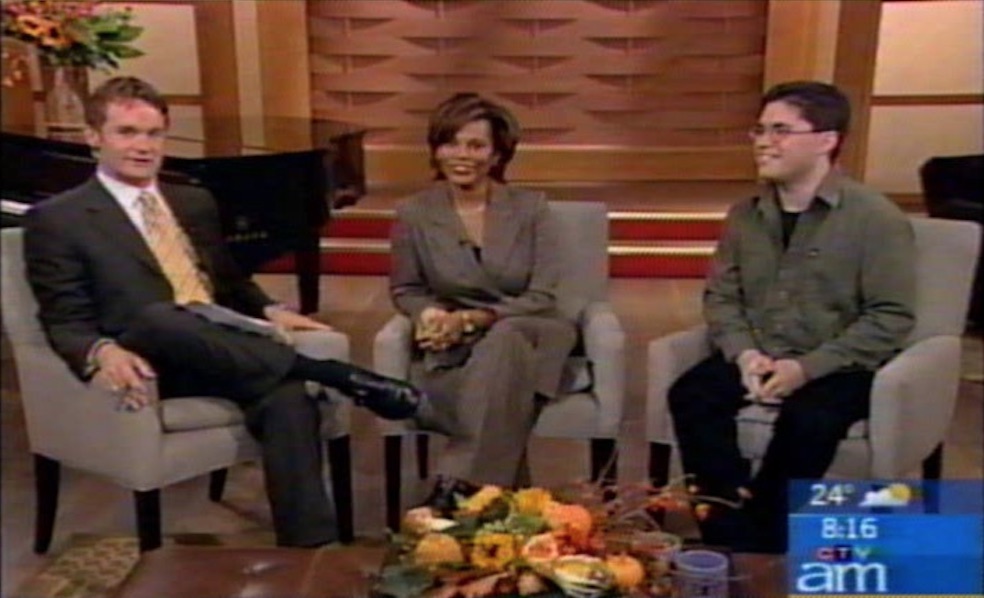 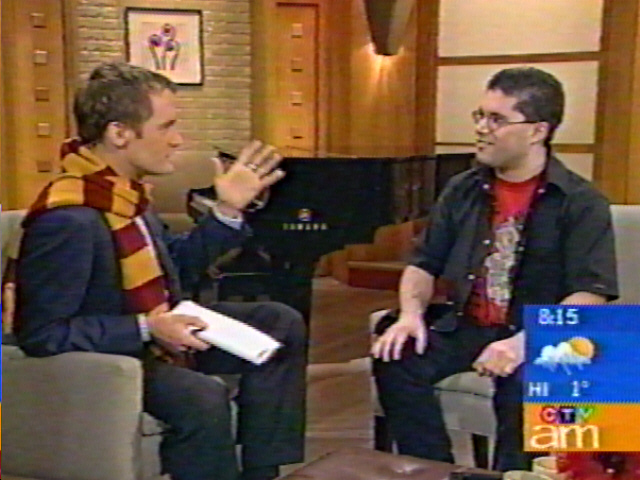 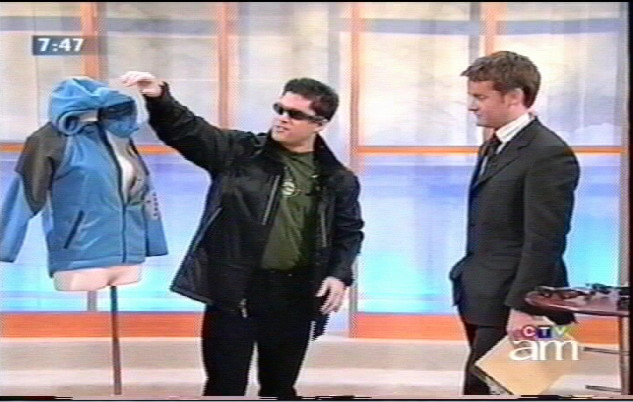 My role at Canada AM lead me to support CTV’s different news divisions as an on-call expert, ready to join the program in response to breaking news, delivering insight and clarity on otherwise tricky and complex stories.

For more than a decade I leapt into a chair to discuss Apple controversies, science breakthroughs, and even help Austen Delaney cover the Virginia Tech mass-shooting as it happened.

I’m best known for predicting the downfall of Research In Motion during the (what turned out to be failed) launch of the BlackBerry Playbook tablet. 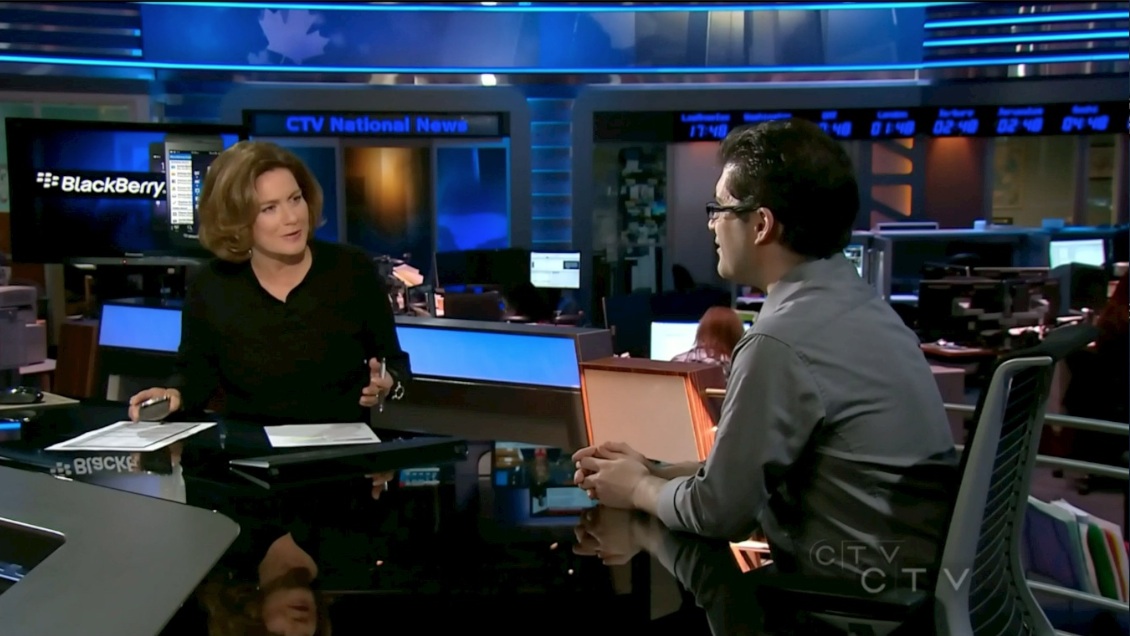 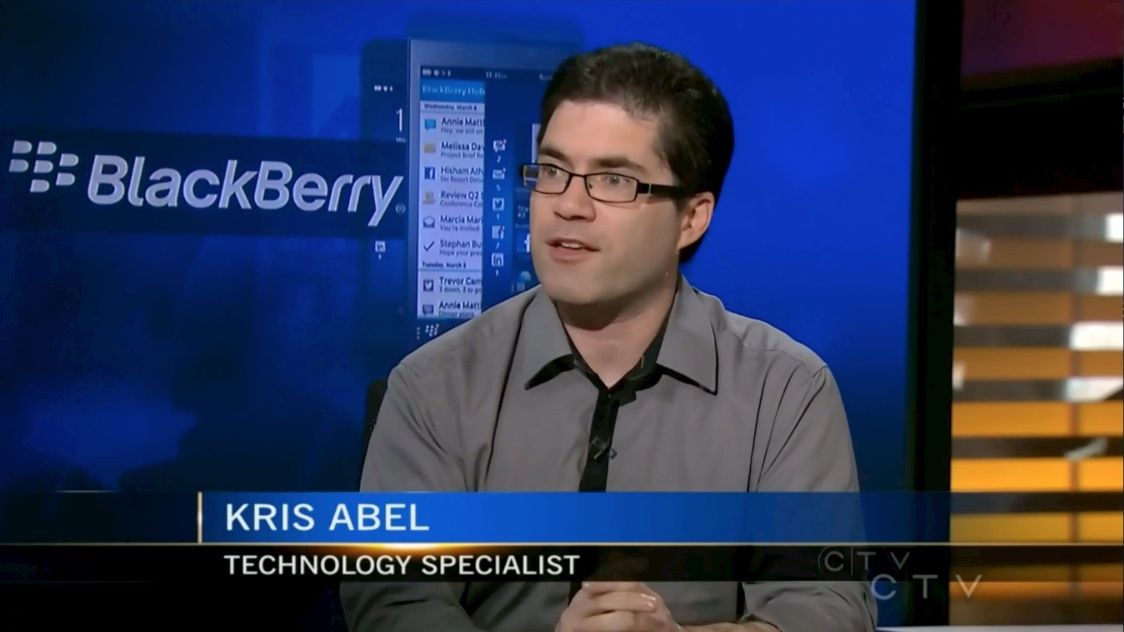 On Canada AM I was the first person to play Guitar Hero on live TV, so it was only natural that I was asked to help organize the CTV Charity Rock Band to support Sunnybrook Hospital. This lead to my helping out other CTV charity events including McDonald’s Happy Day and Toy Mountain at Christmas. 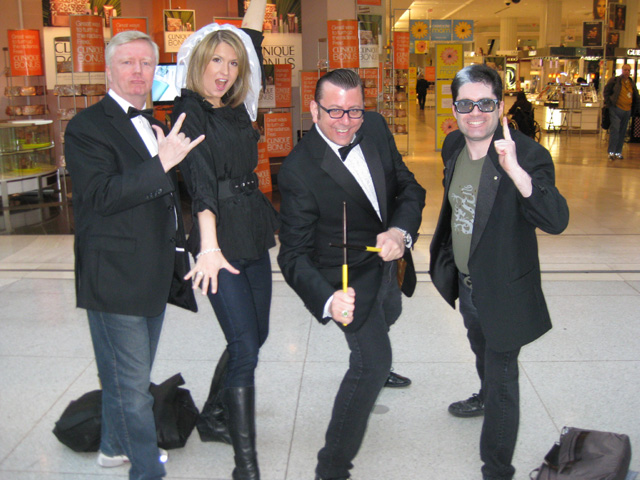 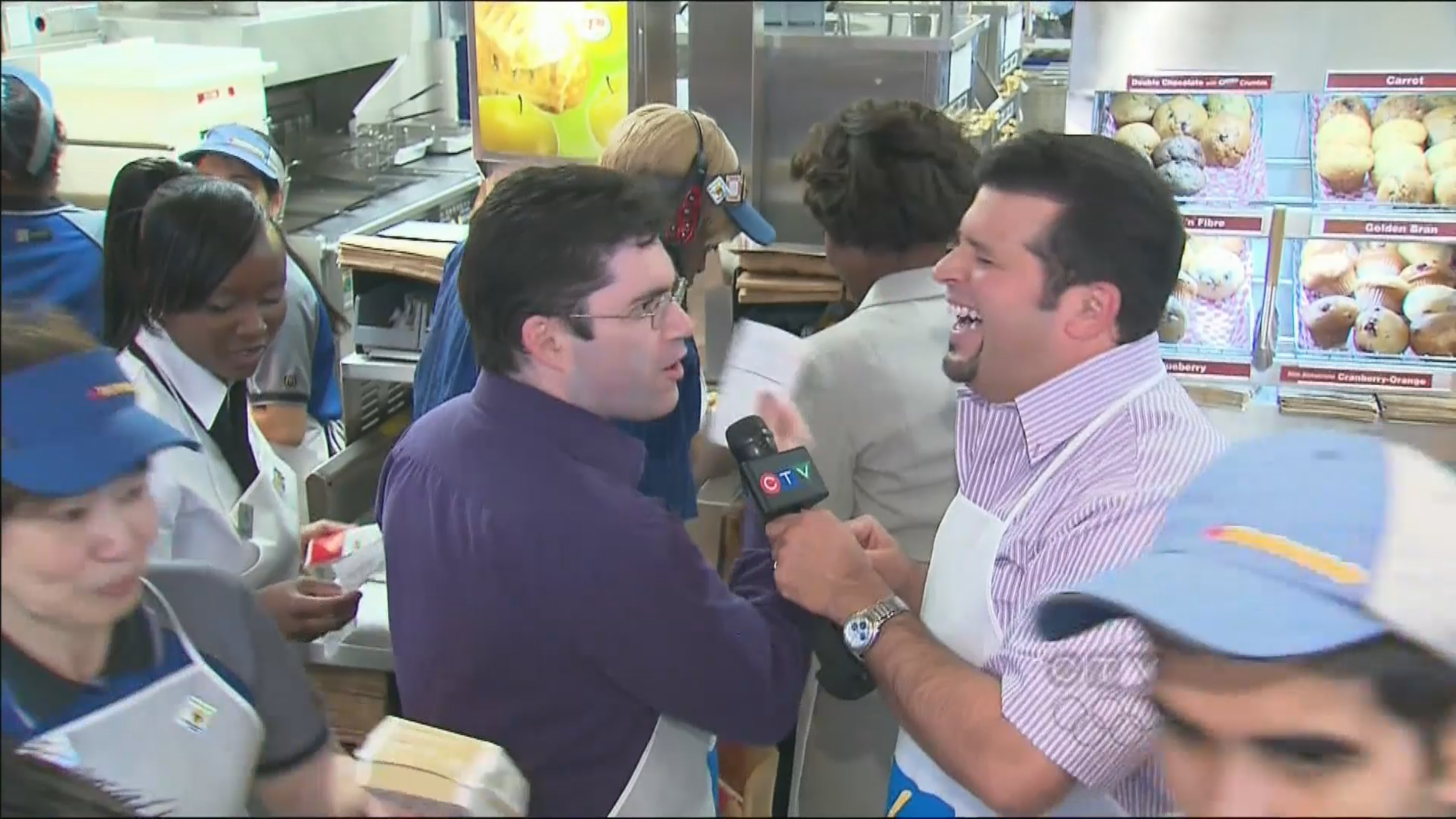 From the moment I signed on with CTV I was asked to appear on a long list of television and radio shows, websites and newspapers. From discussing violence & video games on Goldhawk Live to exploring a snake & belly dancer launch for the latest LG phone on Space Channel, I’ve been lucky to catch the interest of a wide range of media outlets. 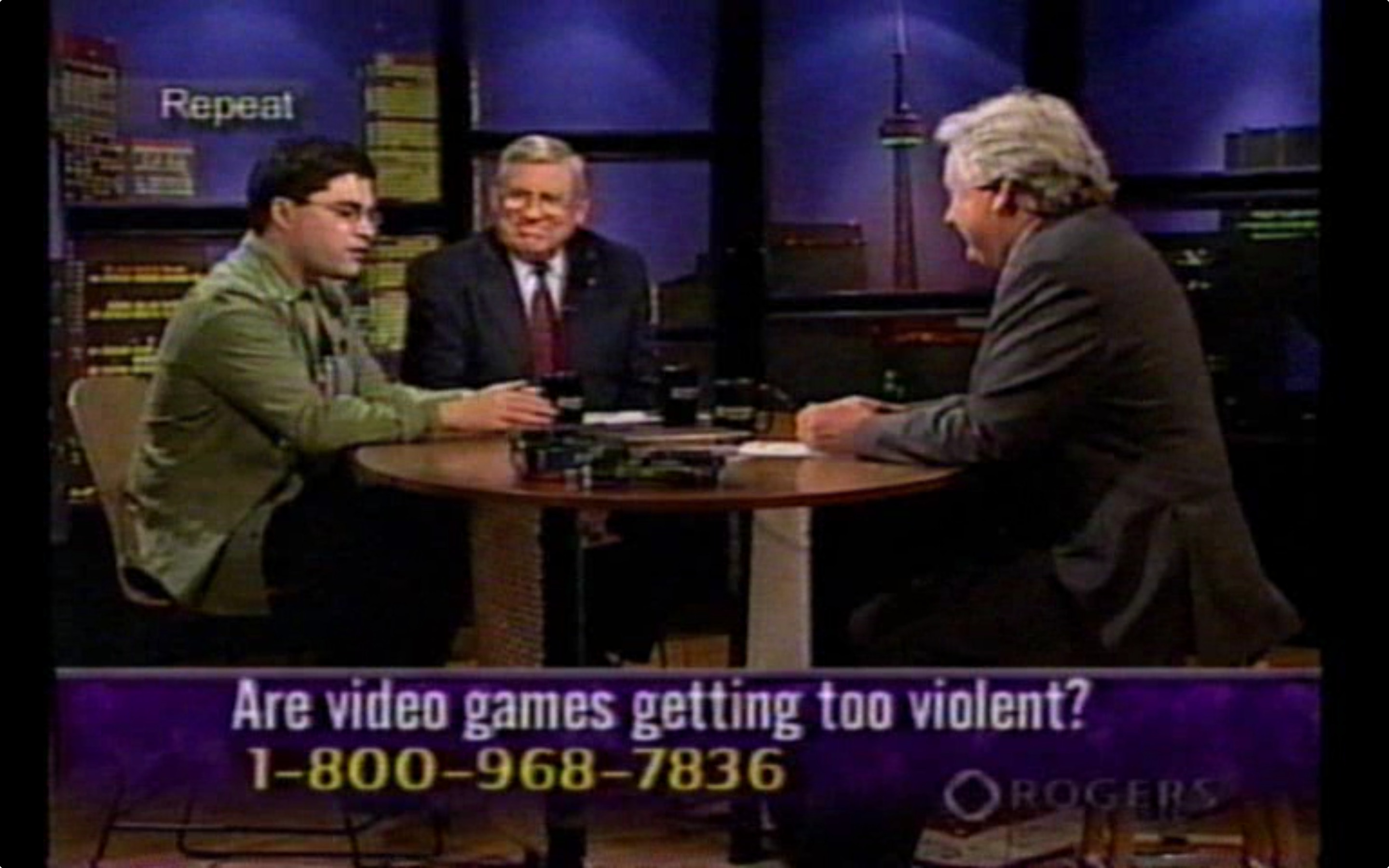 I launched Tech Life in 2005, CTV’s first blog, after Canada AM fans demanded a place where they could get information for all the gadgets I brought on the show. I exampanded it to include coverage of the emerging web culture with a focus on popular interactive flash websites, memes like Talk Like A Pirate Day, No Escape puzzle rooms, and portfolios that revealed before-and-after Photoshop edits of glossy magazine spreads.

After the launch of Tech Life, the producers at Rogers asked if I could do weekly segments on their show aimed at students. On High School Rush I demonstrated the most popular interactive social websites and youth-focused gadgets featured on my blog. 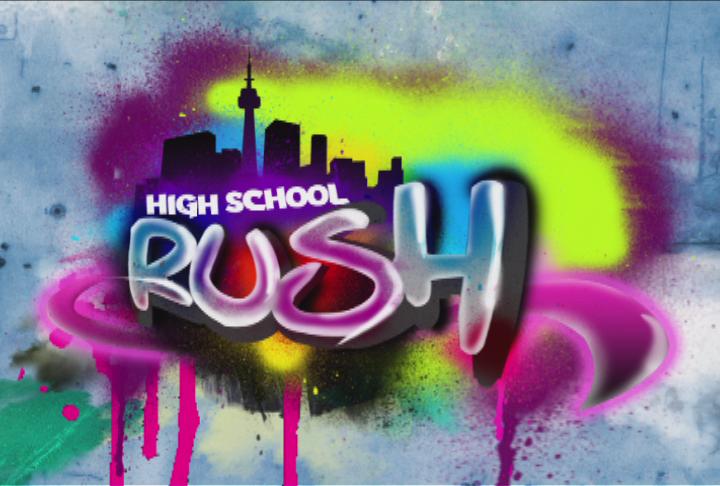 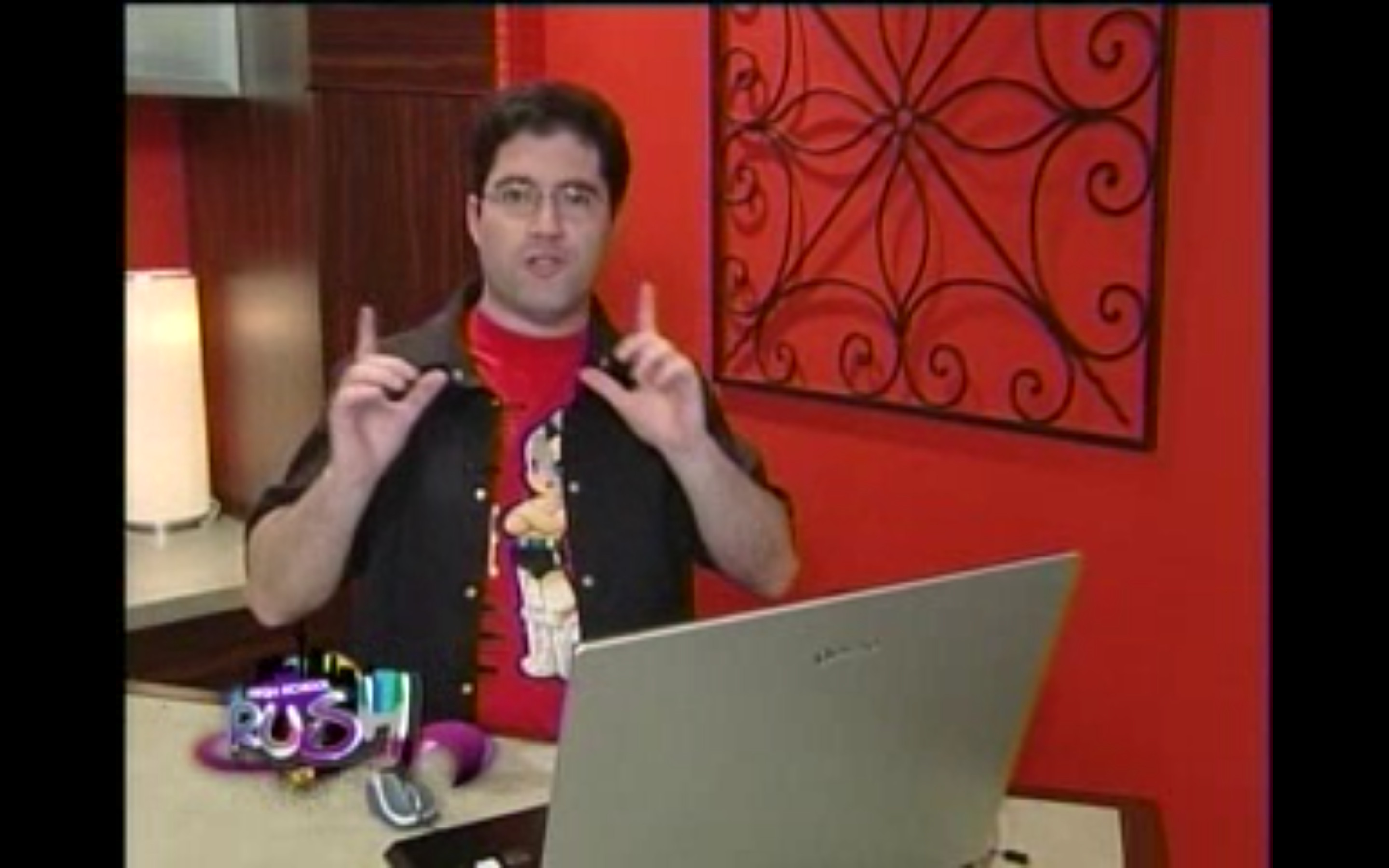 For the past decade I’ve been doing weekly tech reports during the dinner hour for Montreal-based radio station CJAD. Every Thursday at 6:30 pm on the Aaron Rand Show we discuss a collection of tech stories including the biggest headlines, surprising science innovations, fun inventions, and free web downloads. 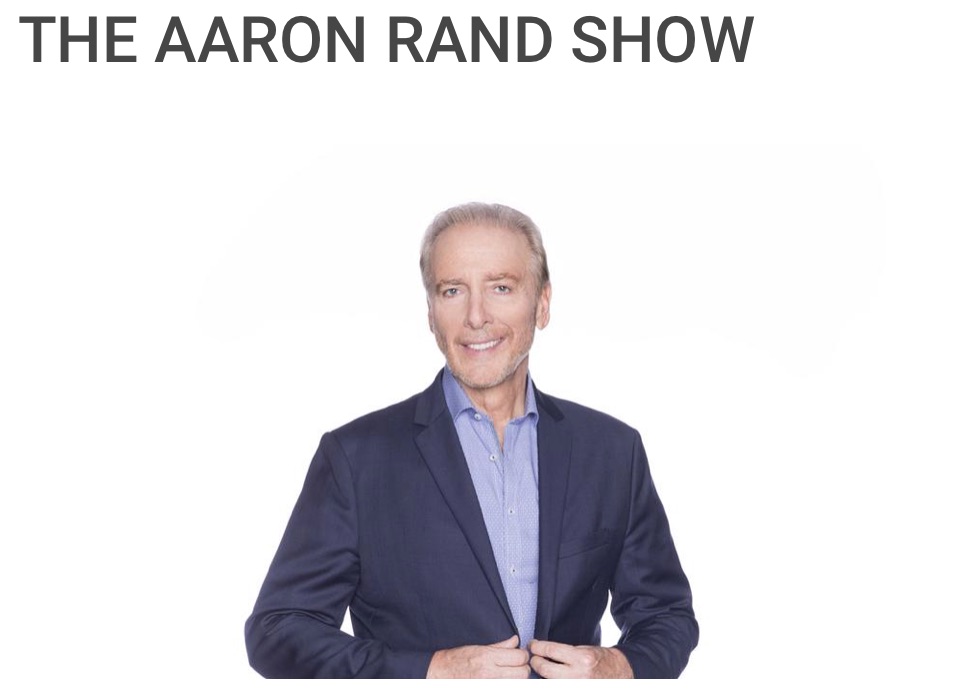 In 2011, the news team of Oshawa-based Channel 12 asked if I could produce news items for their Studio 12 broadcast using just a Flip camcorder. Intrigued by the challenge, I produced weekly reports on the latest gadgets, video games, and industry events each scripted, edited, and shot by myself. 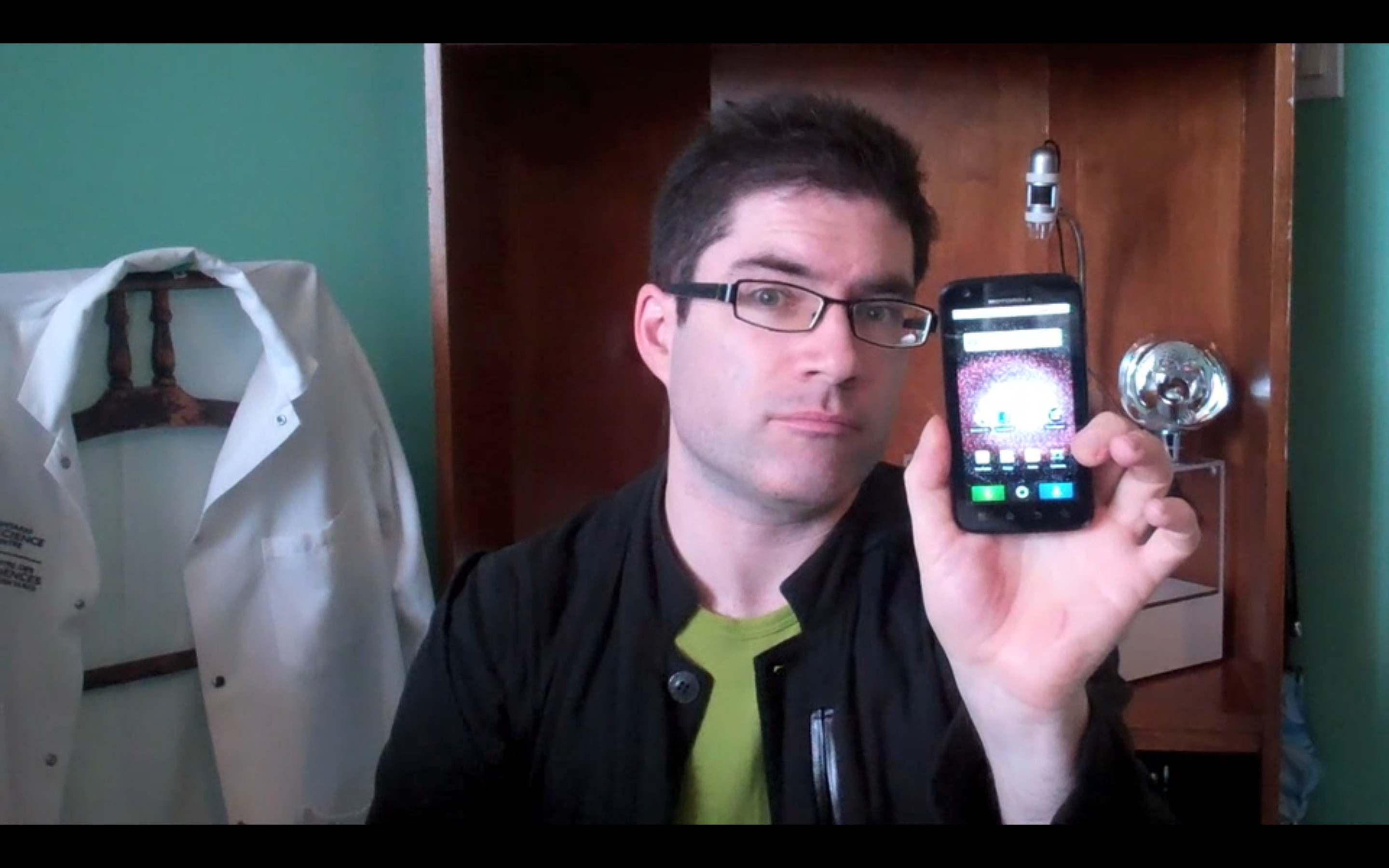 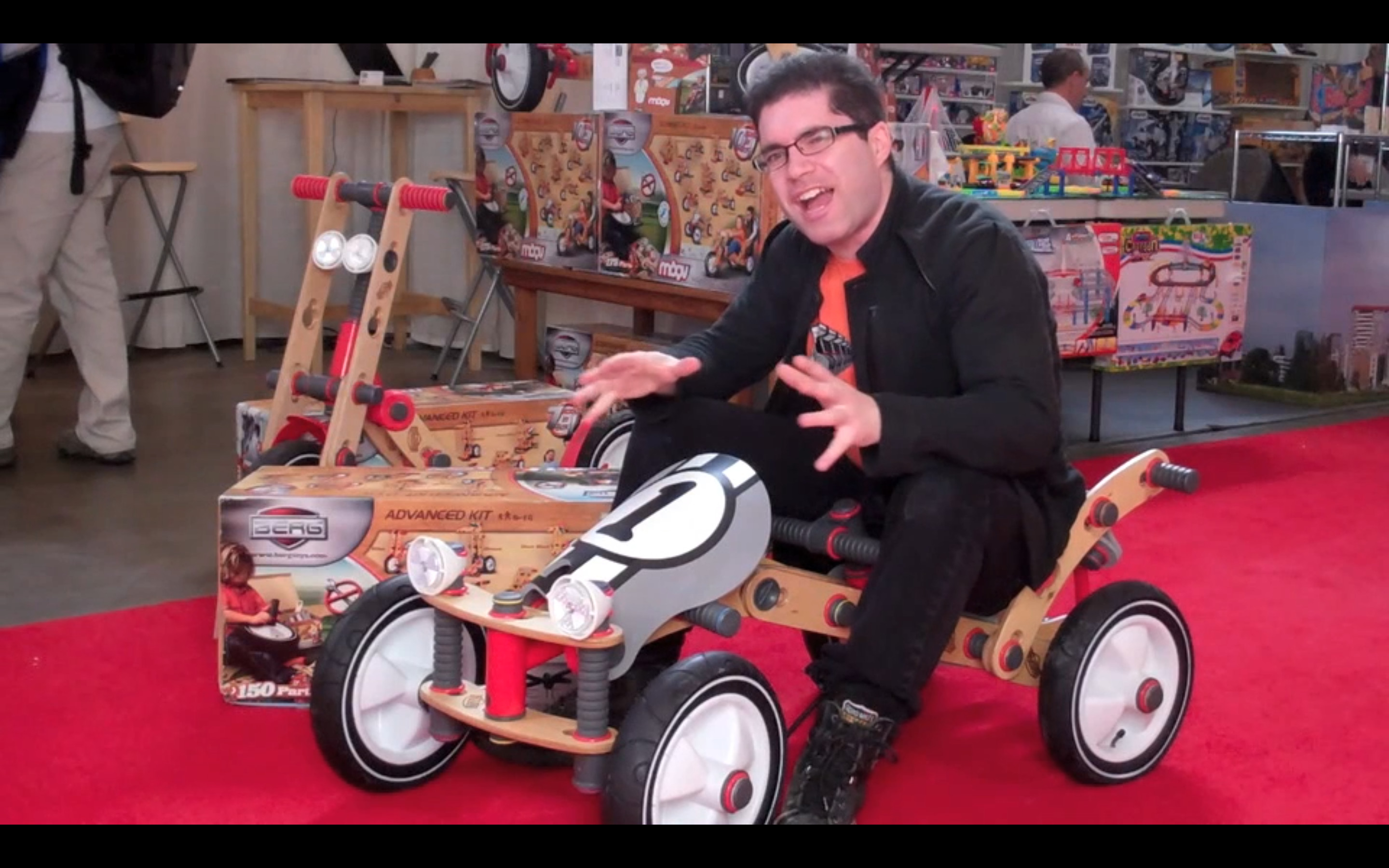 In 2011 BNN asked me to help create a new TV series about apps. They partnered with CP24 where Ashlea Kay and myself produced App Central.

Hosted by Amber McArthur, Michael Hainsworth and myself, it featured demonstrations of new apps by Amber and myself, tech tips and interviews by Michael, special profiles of industry veterans by Amber, plus discussions and gadget showcases by all three of us.

Each week I produced and hosted a special field test of a new app in situations involving sports cars, WWII airplanes, tigers, castles, MRI machines, restaurants, and tattoo artists. I scripted, directed, storyboarded, and even picked out the music for the short films. 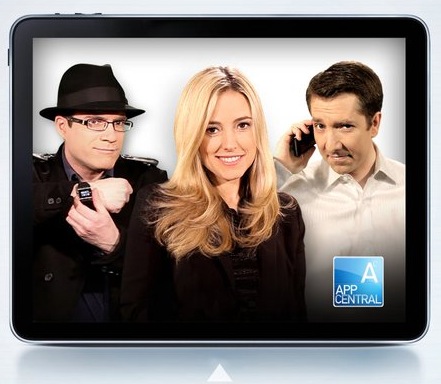 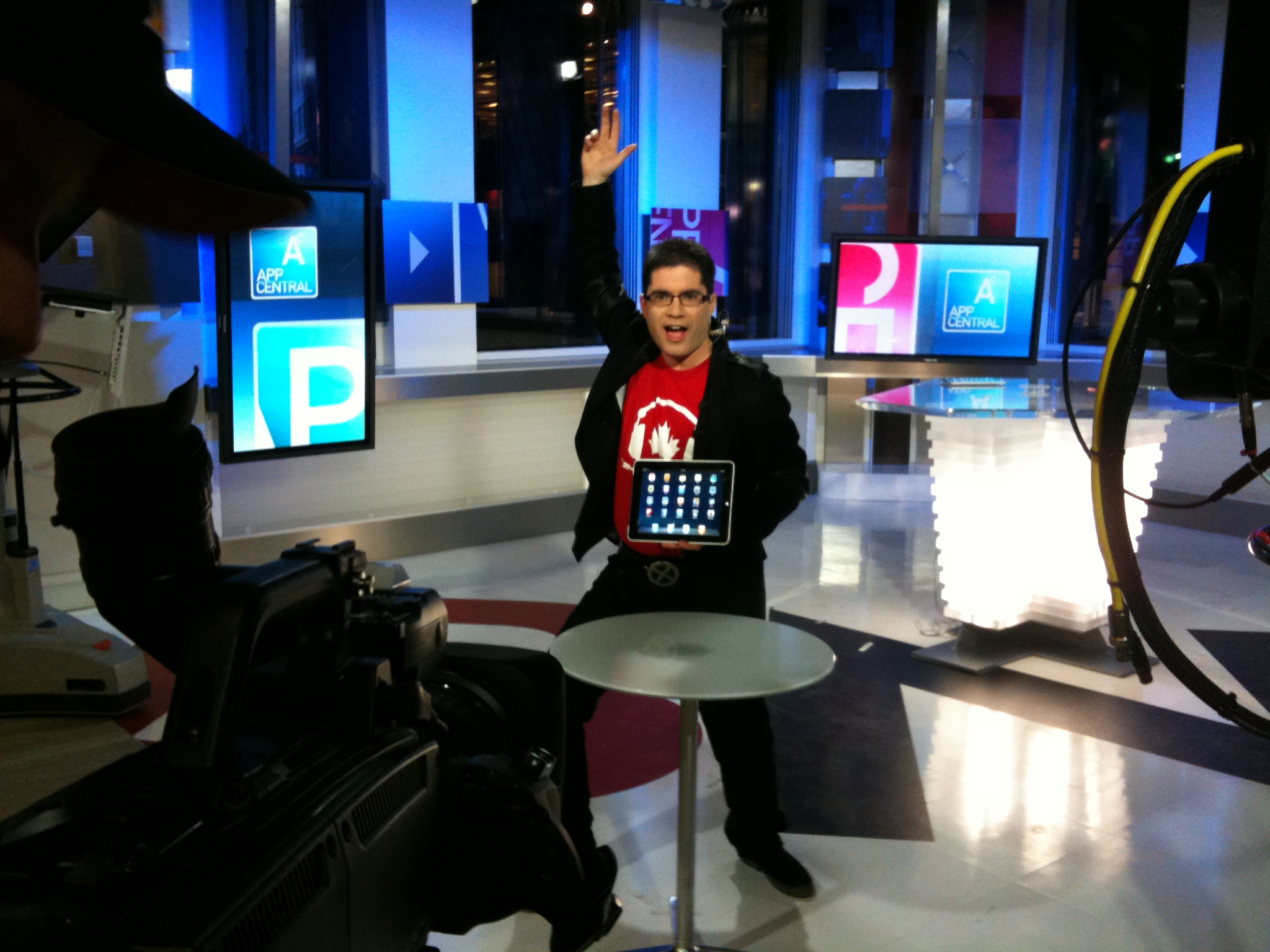 Planet of the Apps/Technical Knockout

With the success of App Central I was asked in 2012 to join the morning show of Toronto-based radio station Newstalk 1010. Every week on Moore in the Morning I contributed a series on apps called Planet of the Apps and a second series about new technologies and science innovations called Technical Knockout. 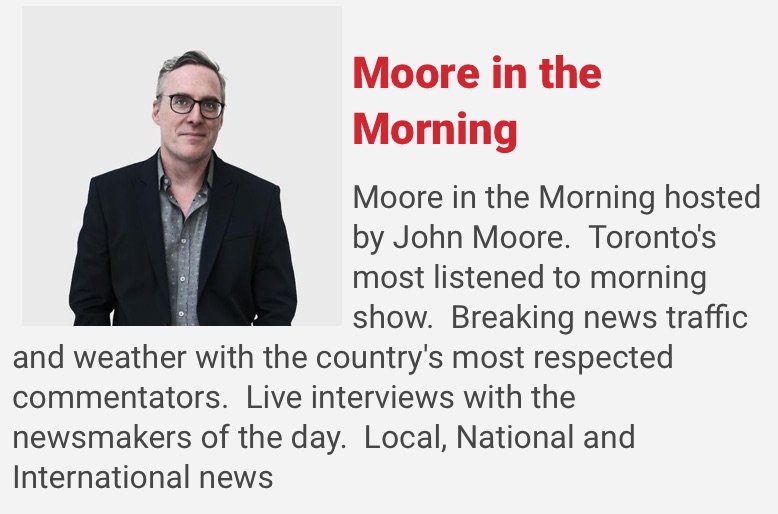 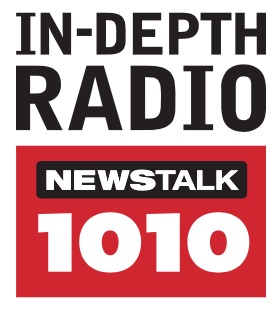 In 2012 I also started writing weekly reviews of the latest apps in health, cooking, and entertainment for Metro’s national newspaper. This was later expanded to include video games and eBooks in a section called Mind the App, a nod to the paper’s popularity amongst public transit riders. 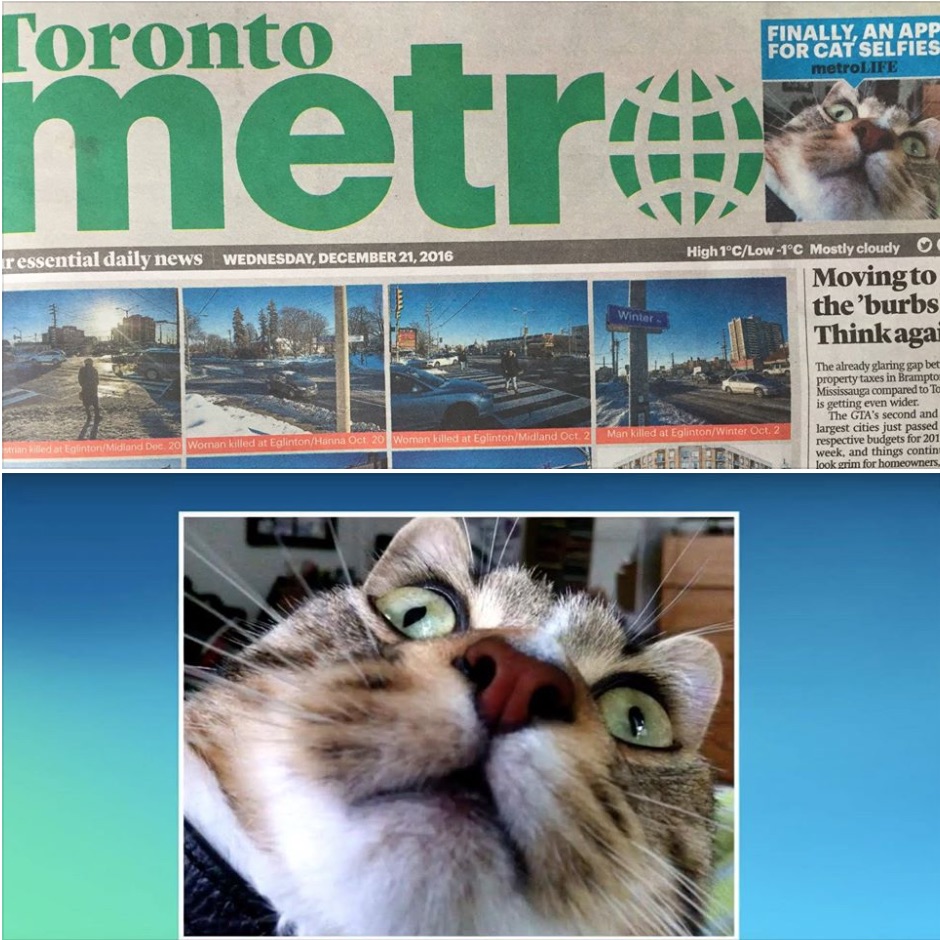 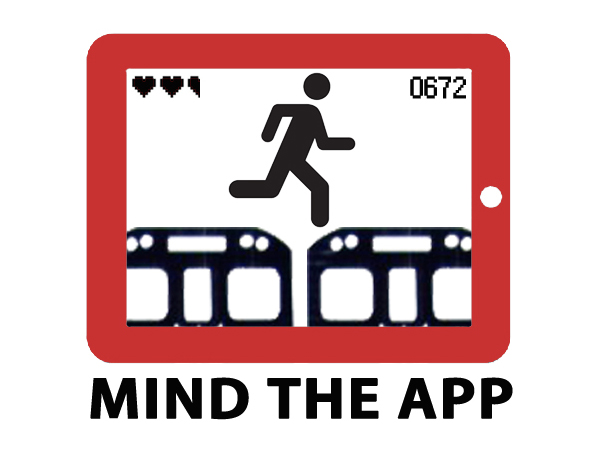 Hey All You Zombies!!

Eager to experiment with the live web broadcasting tools being launched in 2014, film critic Richard Crouse and I used Google Hangouts for this weekly webcam exchange that focused on our strange interests and culture curiosities, from David Bowie to shops that sold fun ephemera, from James Bond movies to our favourite zombies and of course, The Walking Dead. 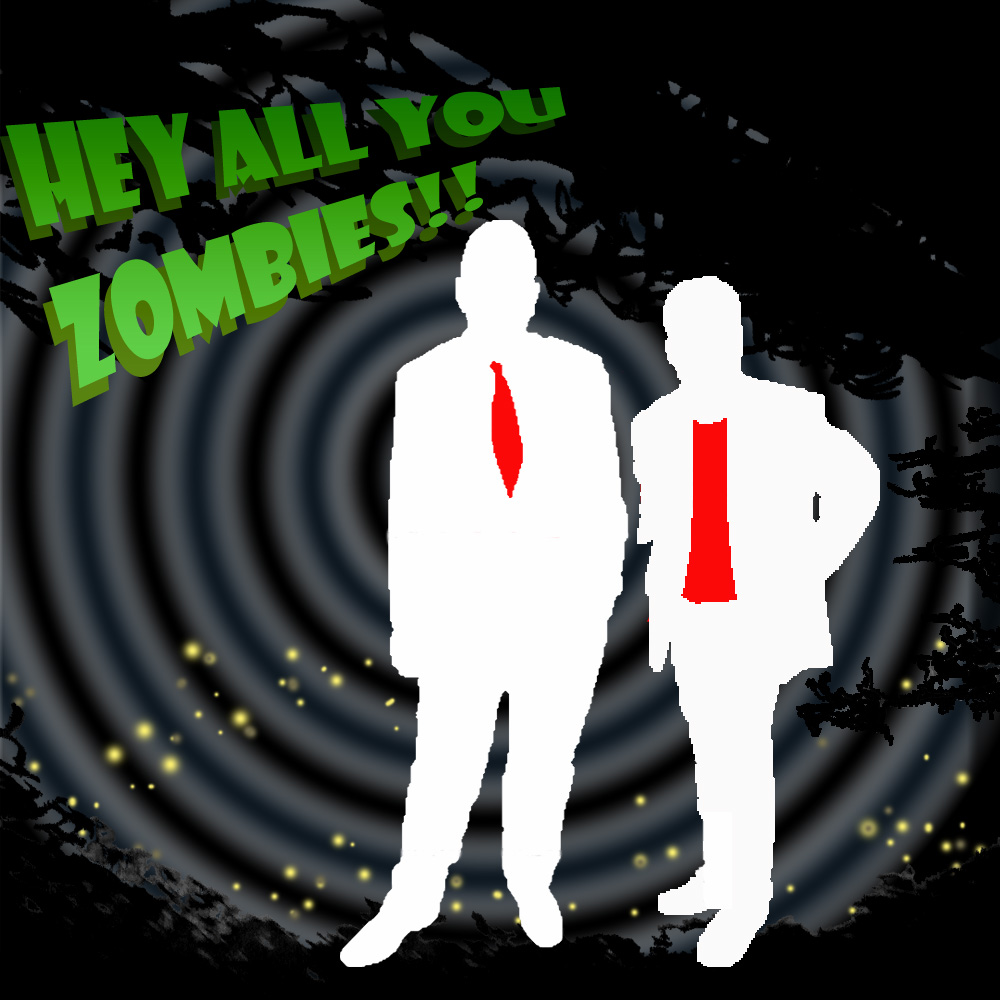 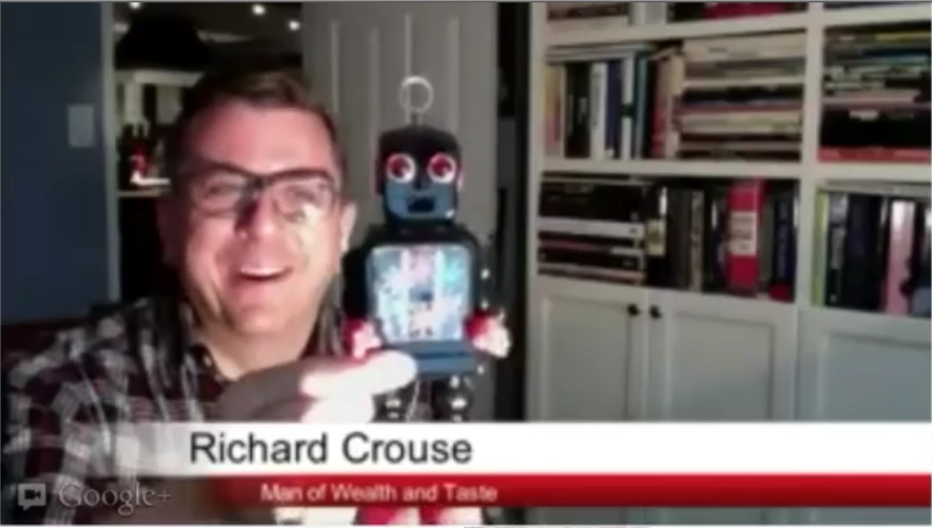 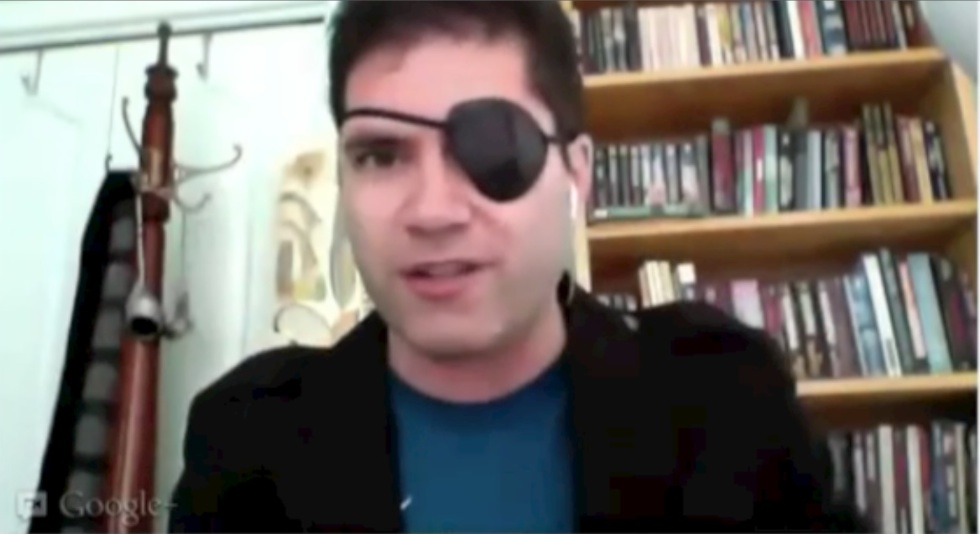 What She Said Radio (SiriusXM, The Jewel)

In 2014, CTV News anchors Kate Wheeler and Christine Bentley asked me to join a new radio show for women they were launching on SiriusXM Canada called What She Said. Ever since my experience getting grief for having women on Game Nation I had been interested in supporting a series on women in tech & science, but to no avail. What She Said finally became a chance to do just that. Our Innovation Café series of Women In STEM interviews covers the widest range of careers and pioneering achievements. 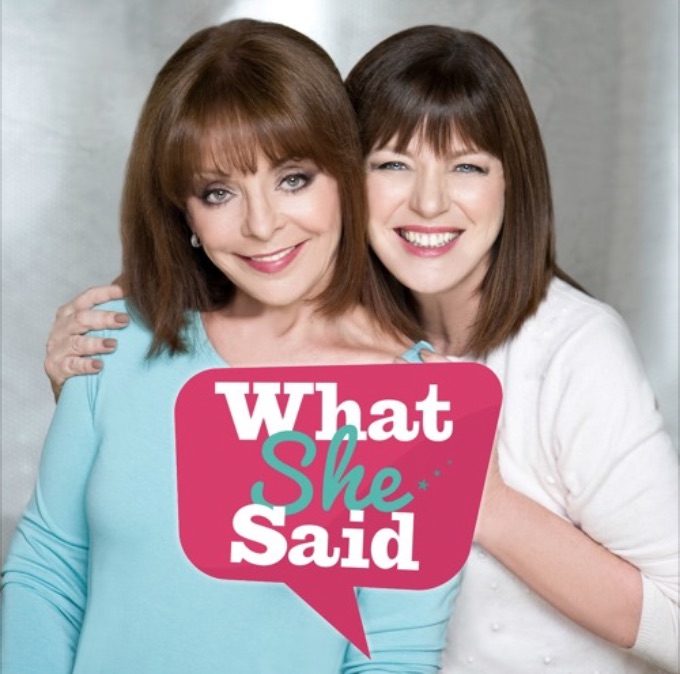 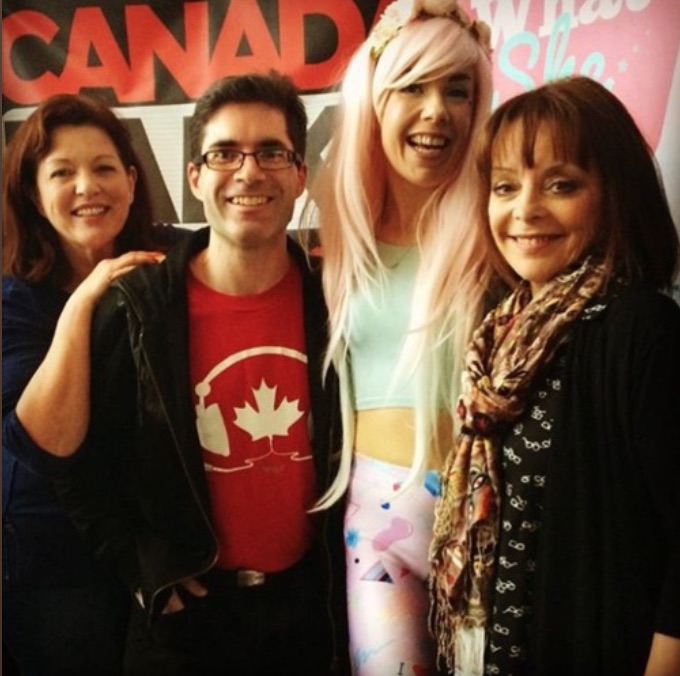