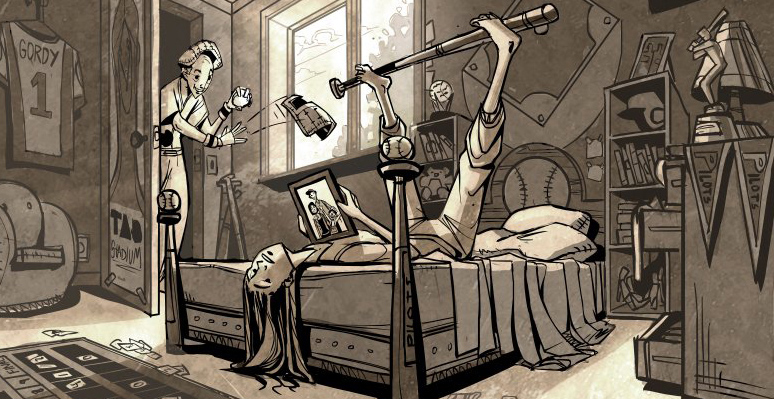 Once again Martha Stewart refuses to create apps for Android users. Thankfully, in addition to looking at her latest creation for iPad on this week’s Moore in the Morning I also explore the Android version of Nike’s popular running app. Plus I celebrate the beginning of a new animated graphic novel series that jumps right off of the page.

Bottom of the Ninth
iPhone/iPad
$3.99

Stare long enough at a painting of a baseball team and eventually one of the players will start talking to you. That’s the kind of experience offered by Bottom of the Ninth, a story told through the traditional illustrated panels and backgrounds of a graphic novel, but with mixed-in touches of animation characters and objects can suddenly burst to life. 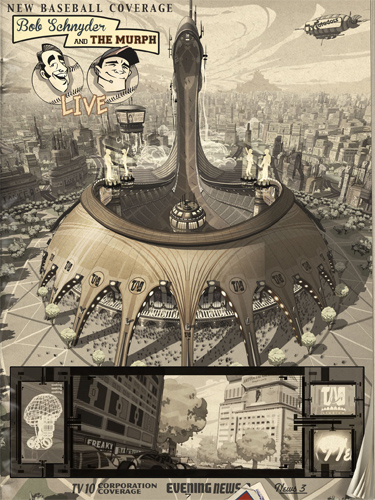 It’s the perfect dynamic to tell the story of Candy Cunningham, the first female player to enter professional baseball. Her unpopular arrival triggers an uprising of old boys’ club bullying and unhappy corporate controlling. With so many people screaming blue murder over a girl who is herself ready to fall to pieces under the pressure, it only fits that they are literally screaming off the page.

There have been many attempts at creating an animated comic book, but author Ryan Woodward is by far the most successful. His moving imagery is so wonderfully expressive in character and beautiful in movement that I hope it becomes both a successful series while inspiring graphic novelists to follow his example.

From thank-you letters and greeting cards to fancy labels and framed photographs, CraftStudio lets you design paper projects using touchscreen tools and decorative ingredients picked out by Martha Stewart. There’s a wide selection of paper patterns and colours to start with and then a number of digital stamps, stickers, and punches for decoration. You can add personal touches by importing photographs and by drawing, typing, or applying a glitter stick. 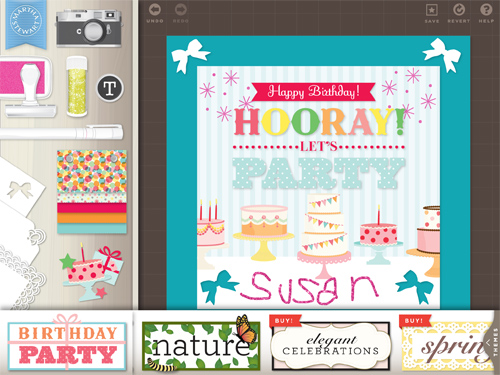 Everything is nicely laid out across a digital work table and the tools give you enough control, from the way you can resize and rotate items to an undo that can go back multiple steps. I really like the use of layers, allowing you to organize your elements based on how they overlap each other. 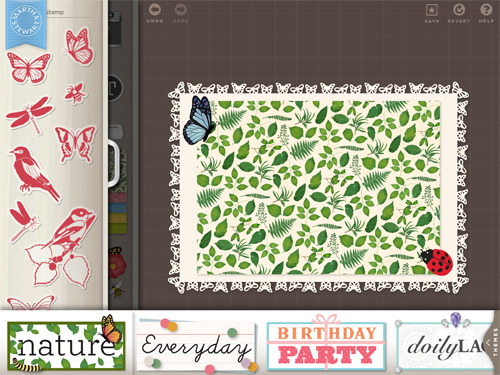 When you’re done the idea is to give your paper designs life by either sharing them online or sending them off to a printer for a hard copy. As usual Martha Stewart’s sensibilities here are spot on, not only in the selection of digital ingredients, but in the way you can create projects in what feels like a few steps.

Finally available for Android, Nike+ uses the sensors in your phone to keep track of your fitness runs. It tracks your route along Google Maps and records your stats including time, distance, pace, elevation, weather, and calories burned. It can store your information in an online journal that compares your different runs using beautiful infographics and while you’re on the road uses a digital voice to feed you updates as you strive towards set goals. 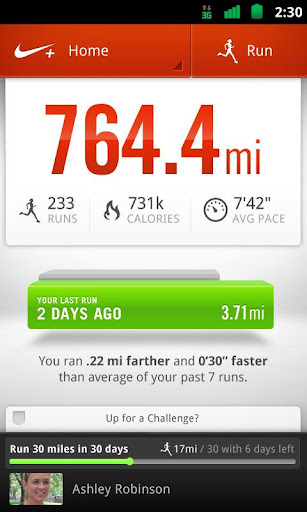 In addition to using playlists from your music library you can set a favourite track as a “powersong” to be triggered when you feel yourself winding down, to give yourself the fanfare needed to keep going. If there’s a downside it’s that Nike is always expanding the features for novelty uses, such as adding unlockable achievements or a system for your online friends to send you “cheers”, instead of for different exercise programs such as interval training or cycling. 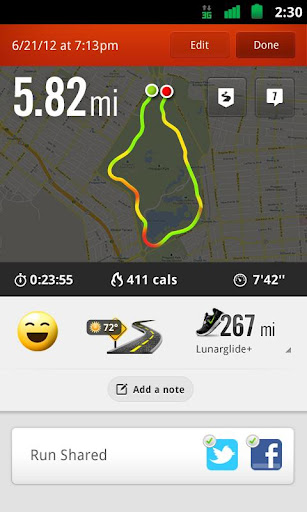 Nike tries to package the app with a selection of online services and added sensor accessories, but truth be told the app itself is so accurate and expresses detailed information so efficiently, you won’t need anything else. 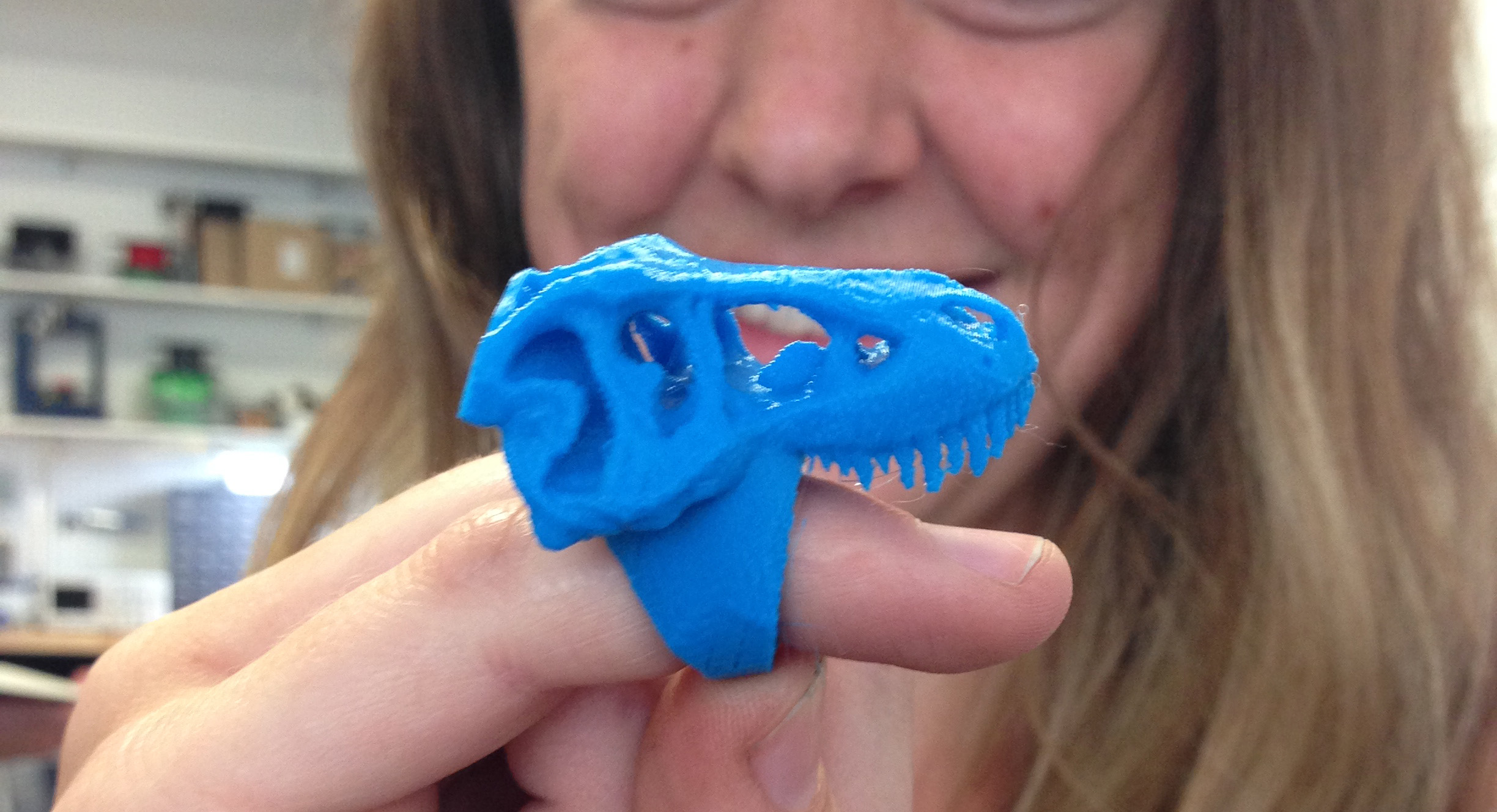 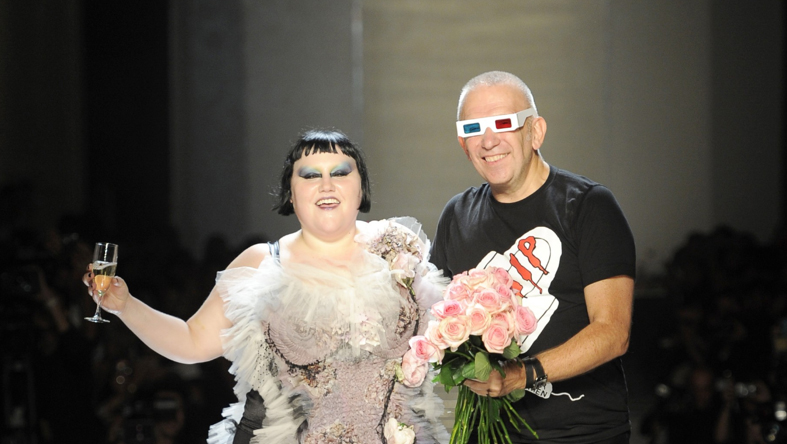