Remembering The Titanic With The Best Centennial Apps

One hundred years have passed since that tragic night. With centennial memorial events happening all this week, leading up to the anniversary of the sinking this Sunday, here’s a summary of the best apps exploring the historic ship and its tragic voyage.

National Geographic has created an interactive timeline of the ship’s construction in Belfast. As you swipe the screen from left to right the passenger liner will slowly take form and archival photos, videos, and points of interest will pop-up across the screen. 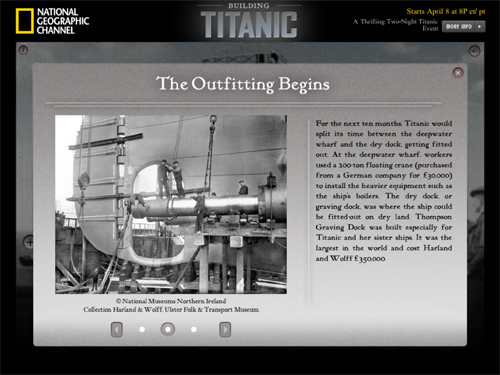 It’s a simple study that you’ll finish quickly, but the way it animates archival images and captures the style from the turn of the century makes for an intriguing look at what went into building the Ship of Dreams. 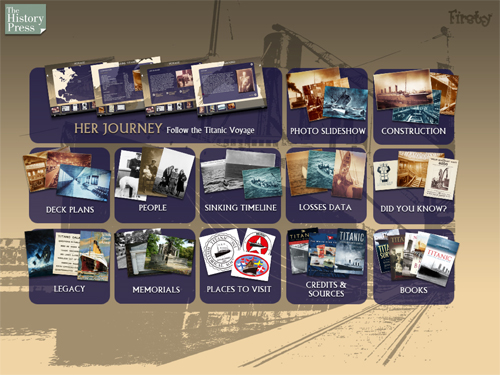 This is an in-depth account of the ship’s voyage through archives assembled by leading authors on the subject. It includes deckplans, biographies and personal accounts from passengers, with maps showing the ship’s intended route and a minute-by-minute timeline of the sinking and how people responded. 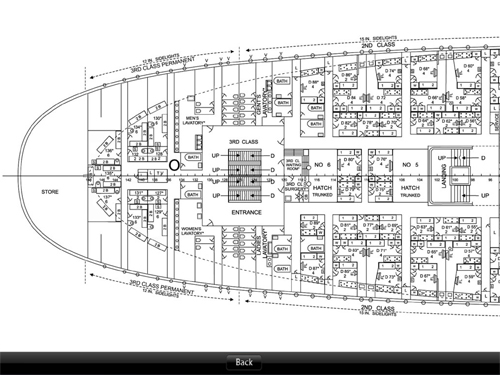 Although everything is presented simply, there isn’t the flourish of touch controls you’ll find with other iPad apps, it’s extremely rich in facts, statistics, and personal accounts to keep you busy for several days.

Titanic Dog To The Rescue 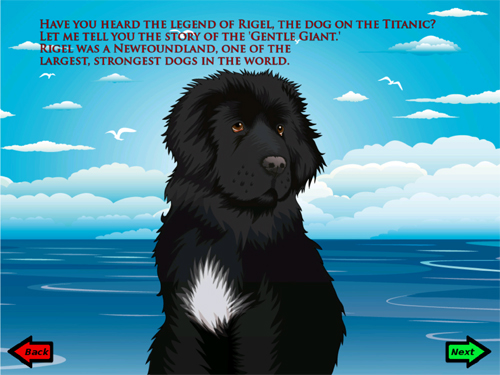 This children’s storybook follows the movements of one of the dogs aboard the Titanic (there were four). Rigel was a Newfoundland that belonged to First Officer William Murdock and it is said he helped out in the rescue efforts once the ship began to sink. Lovely illustrations and some creative licence make for a compelling, if a bit contrived, kids’ tale. It also includes some basic facts about the Newfoundland breed and dogs used in rescue efforts. 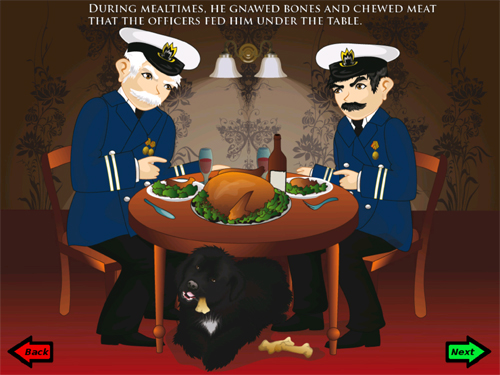 Although listed as a free app, to get the whole story you must pay $0.99, a good thing to know before you start reading it to your little ones.

A companion app to the new television miniseries from the creators of Bleak House and Downton Abbey, this interactive guide takes a look at the impact that caused the Titanic disaster and the sweeping changes and new safety regulations introduced as a result. 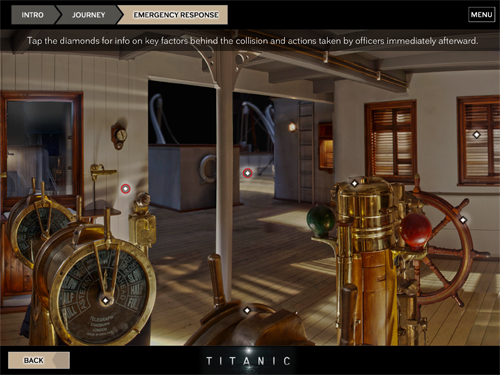 In a Ship Builder activity you’re given the chance to rebuild the Titanic, using the same budget and resources as the original, but this time adhering to the International Safety Of Life At Sea laws inspired by the disaster itself. It becomes your job to balance the need for rescue boats and communications against choices in rivets and rudders and the class of comfort that made being a passenger so attractive.

Another section analyzes the impact, first reviewing the position of key crew members and safety conditions before activating the iceberg and looking, step-by-step, at the way the crew responded, revealing the key decisions and flaws that prevented the tragedy from being avoided. 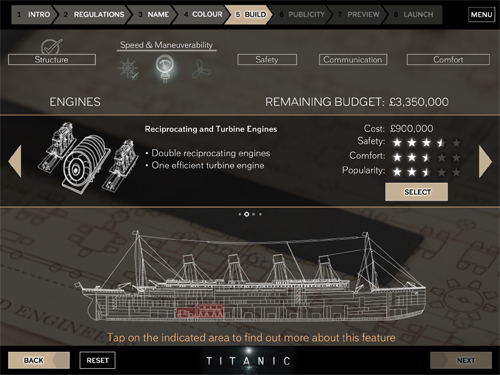 It finishes with a selection of accounts from four survivors, as narrated by actor Linus Roache who plays Lord Manton in the Titanic 2012 TV series. 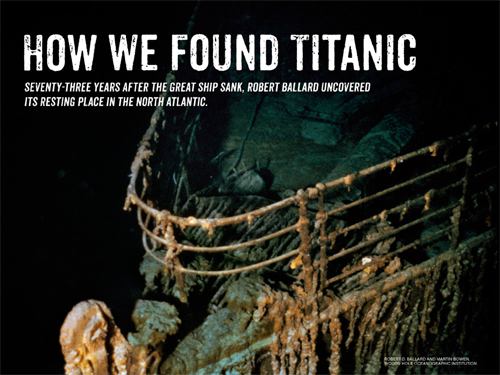 A collection of five stories capturing tense, often daring discoveries by scientists, NG Adventure includes the 1985 discovery of the Titanic’s wreckage with footage and interviews from the expedition as they made their fateful find along the ocean floor. With just twelve days allowed for the search, and so many failed expeditions before them, Dr. Robert Ballard didn’t have high hopes and so his discovery, captured here on video, is all the more incredible. 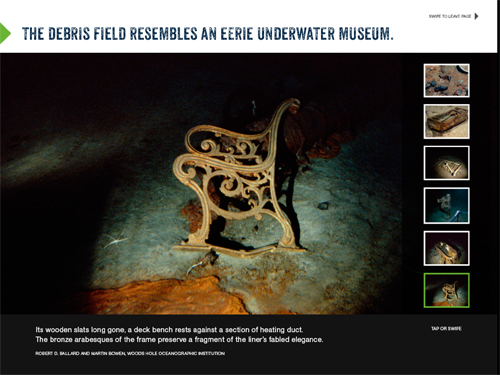 Rounding out the app’s price tag are expedition tales of climbing in Yosemite, exploring the deep, dark waters of the Bahamas, pushing dogsleds through a brutal, arctic path, and a descent into the fiery lake of an ominous volcano.