This is the first game I’ve played to get right the way a super hero’s life is constantly pulled in many directions at once, between the urgent threats of villainous schemes and being there for family, between balancing work or school and the cries of people being victimized on the streets, between the plan that might actually save the day and the unexpected twists of Moore’’s Law that unfairly makes that plan harder to achieve. Of course Spidey’s the guy to do this with, but taking that dynamic from the comic books and putting it in a game isn’t easy.

A big part of this is the new graphics, the first of the launch titles for the new consoles that delivers a noticeable leap. It’s more than greater detail or smoother action, every object is now made up of a greater magnitude of pieces and so has a presence and is more convincing. It’s more than fight scenes and special effects, it’s everyday things like billboard signs, streetlights, handrails, and windows that all have a tangible realness, they’re not just a background whipping by, but they feel as something you could stop and investigate with intense detail if you wanted to. The game gave me the feeling of being on an actual city street, of riding a subway in real life. That’s meaningful for an Open World game where you have New York City presented at such a large scale, yet it’s the little things, like the way the pigeons scatter as you swing through them in Central Park that help give the sense of a living, breathing city that behaves whether you’re there or not.

It’s there in character performances too, not just facial expressions that captures sheepish smiles or sighs, but it’s in shoulder shrugs and the way people reach out and nudge each other for assurance.

This gives Miles Morales a life to be interrupted, so when the mission list grows, sending you off to deal with some of the Tinkerer’s henchmen, you really do have a life you need to get back to. When he hangs out with Phin or Ganke, the story sequences aren’t just a breather from the action, they’re fun moments and I found myself looking for more of them.

The fights involve punching and shooting webs, swinging into bad guys and using webs to pick up heavy, nearby objects and swing them about like a morning star. Since it’s Miles under the mask you can charge your attacks with bio-electricity for radius effects and blasts that take out multiple targets. A skill tree and a collection of different suits and gadgets let you expand your attacks and customize your tactics to include stealth take-downs, your own holographic henchmen, and a special form of camouflage.

I like the way Spidey’s senses are used to scan a situation to pick out henchmen and plan tactics or investigate a scene to work out a puzzle solved by his powers and wall-crawling.

The game offers a quick recap of the events from Marvel’s Spider-Man, the kind you normally see in television and it’s nice to see in games, but this isn’t a proper sequel. It plays on it’s own well and although the main story missions aren’t as long at that game, the side-quests and extra tasks tie in so well with the main story I’d argue it’s not a shorter experience.

As you swing through the city Miles’ new suit plays podcasts, some hosted by friends, as his phone receives messages from all the people in his life, including Peter Parker, and a “Friendly Neighbourhood” Spider-Man app launched by Ganke connects you to the public for engaging messages. Among the games’ menu system there’s even a fictional social media feed where you can see people react to the things you do, including trolling by J. Jonah Jameson and his followers.

There’s no question the game is a showcase for the PlayStation 5 and is among the best launch titles this holiday season, but I find it’s also an example of how game creators can make a super hero game that’s as much about the person under the mask as it is the hero fighting in the streets. With this game you get to hang out with Miles Morales as the humble, likeable guy that he is and it’s a nice feeling. I hope one day there will a game that can do that for Bruce Wayne or Clark Kent. 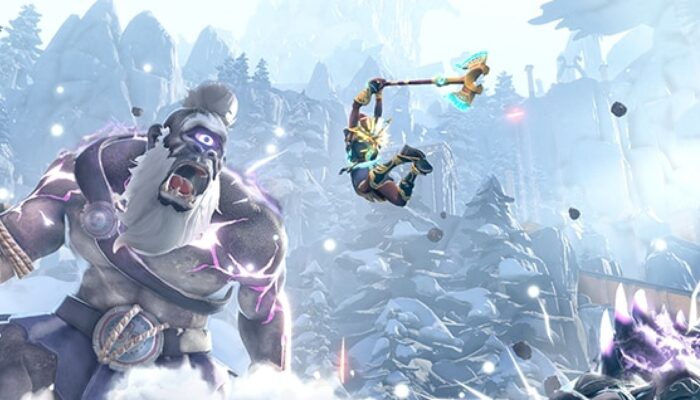