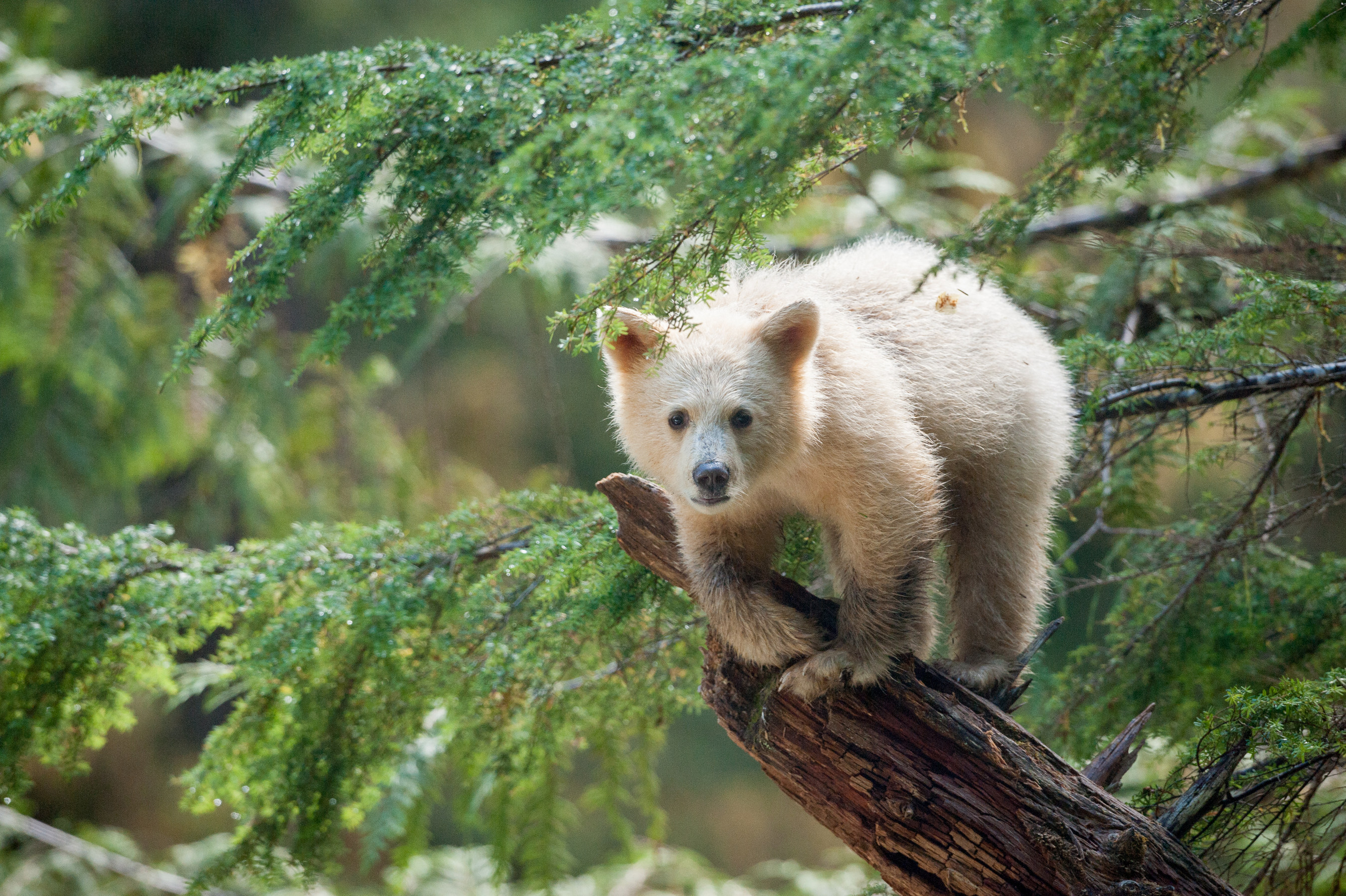 Ryan Reynolds uses his jokesy storyteller voice as narrator of the new IMAX film Great Bear Rainforest and I can imagine that must have worried executives at first as it’s the delivery that allows him to easily slide out crass lines for Kevin Smith and the Deadpool movies, but it works here, it really works, because he’s been doing this for years and knows how to nuance his delivery so it’s a behaved misbehaviour suitable for school kids and teachers while making sure to add his improvised lines about bad breath and mothers-in-law to the end of script sections so editors can cut them out if need be. The jokes match the whimsical antics of the bears of the film and so thankfully, they stay in.

Most people tend to think of IMAX as an experience where movies are blown up to fit a massive screen, a chance to see a movie made bigger, but the visuals captured here of a rainforest along Canada’s pacific coast are so astonishingly massive that it becomes the perfect marriage of a big screen place with IMAX technology. This isn’t your familiar forest of ancient trees, Great Bear is a rainforest with an endless canopy atop columns of trees made mystical by lichen and intriguing growth that the wide screen cameras capture cinematically sprawling off over atmospheric mist, off into the horizon. Canadians can be forgiven for thinking this must surely be somewhere else in the world, but no, it is part of their home.

Nature films often have one, maybe two trick camera sequences up their sleeve, but director Ian McAllister pulls off several. Floating cameras capture vistas you can’t help but fall into such as the waterfall sequence in the movie’s trailer which takes you up, over and down the falls. Under water shots of the salmon the bears like so much is captured with an angle that uses the water’s surface to reflect the fish’s environment and seal off the outside world above. Intimate shots of the animals share their alone moments of stretching and nuzzling with great affection.

At the heart of the film are the spirit bears which are born with white fur from black bear parents. They are not albinos, they have brown eyes, but are considered a sub-species, a genetic anomaly and although this happens within black bear populations around the world, no where in such numbers as here in Canada. A clue to to why might be given by the movie’s spotlight in First Nation stewards that help with scientific research on the bears they’ve had a strong relationship with. While white fur might make the spirit bears more of a target elsewhere, native tradition going back thousands of years on the pacific coast has kept them off-limits from hunters and so making them today a Canadian phenomenon.

Great Bear Rainforest is an entertaining, if short, film that offers a visual experience that’s one of the best fits for an IMAX screen. That few people will have heard about spirit bears, let alone Canadians, will make it a bit of a revelation too.