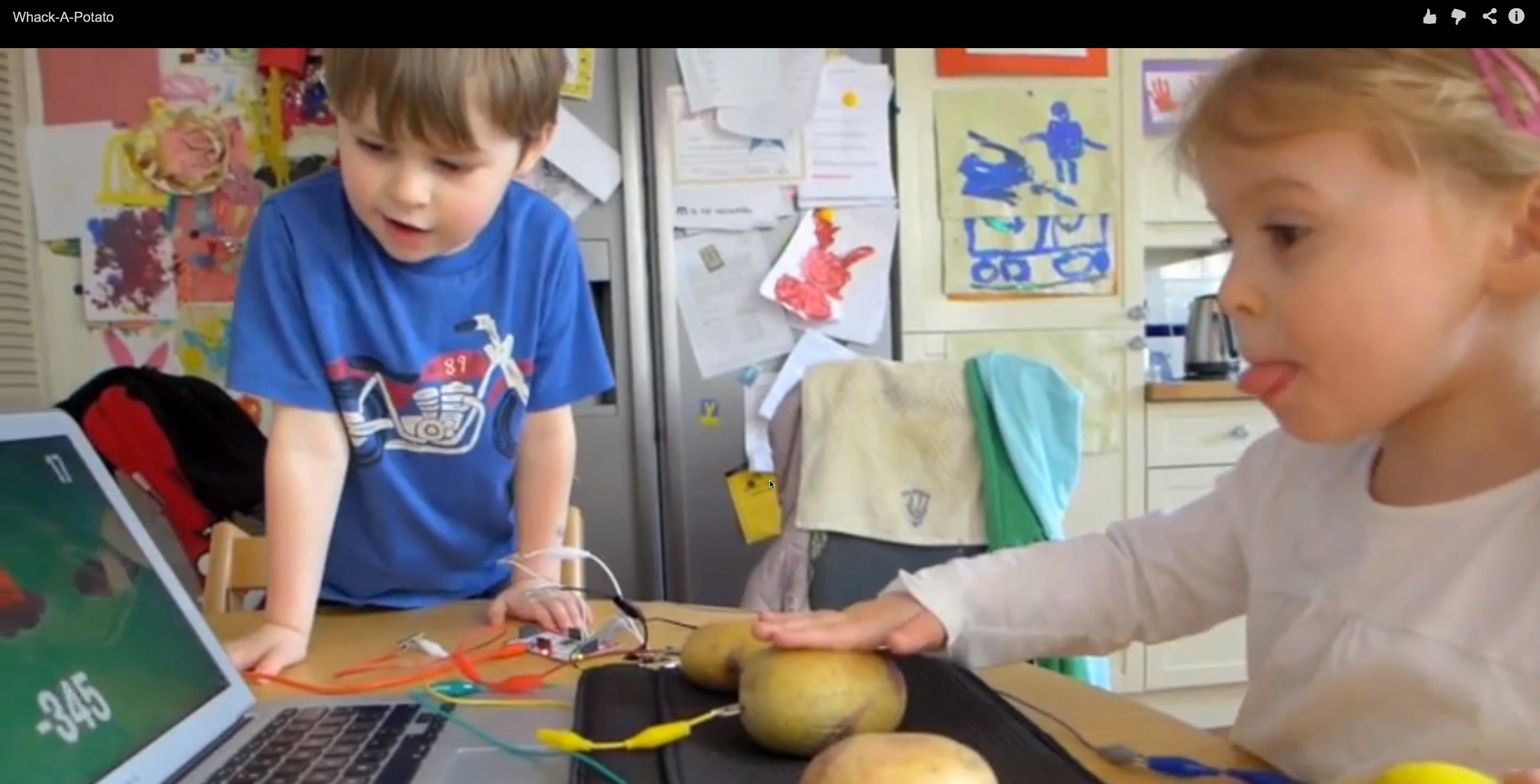 There were more than 150,000 toys on display at this year’s annual International Toy Fair in New York. For more than a century the industry show has been a welcome market for inventors and entrepreneurs to showcase their would-be hit toys alongside the big brands and this year saw many using new technologies to give them an edge.

All kids have questions and now there’s a talking teddy bear to answer them. Wiki uses speech recognition to understand queries about any topic and then wirelessly borrows your smartphone’s internet connection to look them up on Wikipedia and other sources. 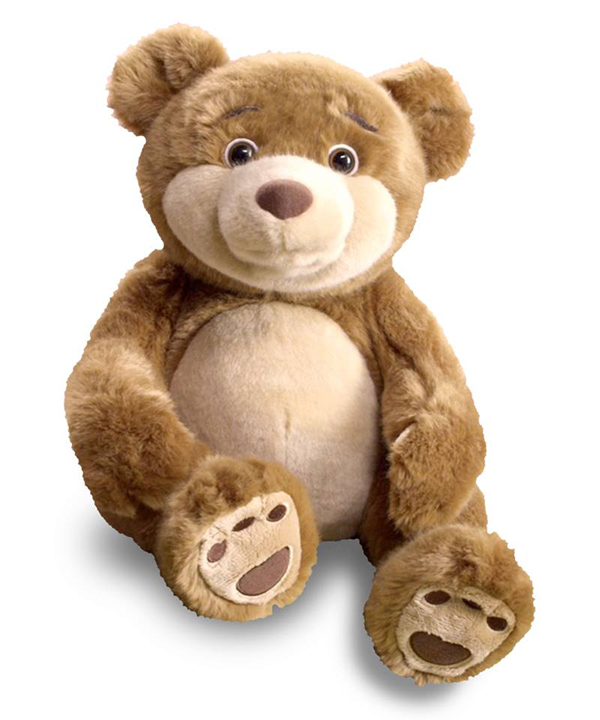 It’s a fantastic idea and an impressive technological feat on paper, but in performance the bear suffers the same kind of issues as Siri and Google Now. It robotically reads the web to you, sometimes with such stilted delivery that it can be hard to understand. An adult might look past it to see the utilitarian need, but my guess is few kids will put up with the emotional disconnect.

Wiki’s makers, Commonwealth Toys, are doing their best to overcome that by programming the bear to tell stories, jokes, and remember conversations. By the time the bear comes to market later this year they say it will have a better-sounding voice, one that can deliver answers with a more natural style of speech. Clearly they’re eager to figure this out before the big brands do and I hope it comes together for them.

The appeal of building blocks has always been the simplicity of connecting them and the immediacy of seeing your ideas take shape. MOSS brings that dynamic to robotics with cubes that click together to create robots. 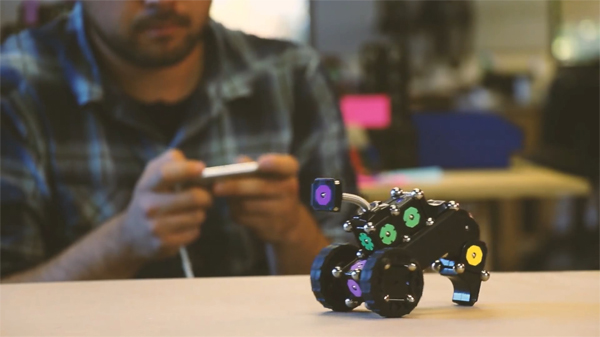 Where systems like LEGO are based on blocks of different shape and colour, MOSS cubes differ by function. There are cubes representing propellers, wheels, claws, and sensors. They click together using Rare Earth Neodymium Magnets, that are satisfying when they snap, can be used to form hinges and novel joints, and can carry an electrical signal to power motors or transmit signals from a computer. 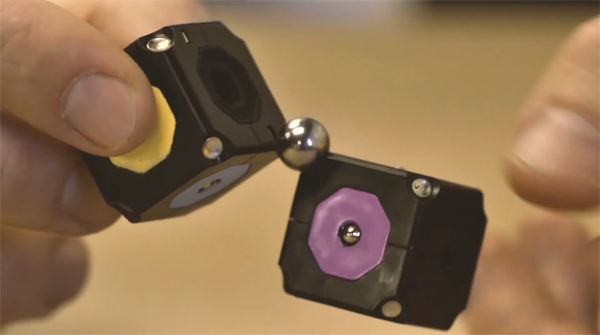 By clicking a handful of cubes together you can create robots that walk, drive, detect light, avoid sound, shoot missiles, and even connect to a smartphone for remote control. The Colorado-based inventors promise that the magnets are injection-molded right into the cubes and won’t pop out as a safety hazard. They’ve started to release a number of apps that can be used to help your creations draw, track data, and explore more complex ideas and users become more advanced in their creations.

At $150 for a starter kit, MOSS may seem steep in price, but that’s half of what a LEGO Mindstorms robotics kit costs and the MOSS cubes have the edge in that anyone can pick them up and start building.

Attach the cables from this device to any set of objects into your home and they will become buttons for your computer. If you do this with bananas, for example, whenever you touch a banana it will trigger an action on your computer, like playing a note in a music program. Voila, you now have a banana piano. 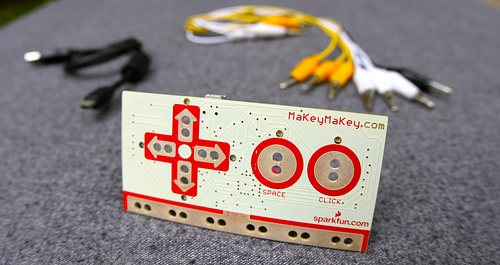 Anything that can conduct even the smallest amount of electricity will work – lemons, beach balls, house plants, ketchup – you can even combine it with drawing materials such as finger paint or pencils. This means that you can draw your own video game controller and then use it to play games like Pac-Man on your computer. 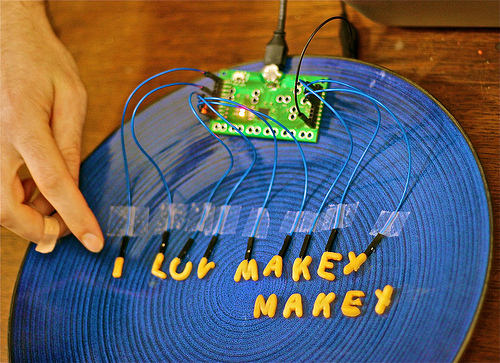 My favourite is the dog piano below.

Check out the MaKeyMaKey Gallery for more videos.

It’s designed for anyone regardless of tech know-how, with a particular focus on kids who hopefully will take to it as an educational activity as well as a creative one. That you can combine it with food, art supplies, and other toys like Play-Doh is where it becomes powerful. You don’t have to think of a use for MaKey MaKey if you already have a creative hobby, the use for it may already be there.

Much like the comic book masks and gauntlets that let you pretend to have super powers, this cotton hoodie from ThinkGeek is embedded with special effects that trigger a light show and sounds to simulate the casting of magical spells. The twist is that they’re activated through special arm and hand gestures.

Hold your hands up at your shoulders and the cavernous sleeves and hoodie will ignite with blue-and-white lights along with the sound of crackling. Create a ball shape with your hands and the sleeves and hoodie will “heat up” with flickering red-and-orange lights. There’s nine spells to master, each with their own movements and light show synchronized across 32 LEDs. Unlike most super hero costumes this one is aimed at teens and adults with a “bad-ass” design and sound effects that resonate with ominous power. Creators ThinkGeek warn that the arm gestures take practice and may not “be for everyone”.

For those who like to play Role-Playing Game or LARP activities, I’m sure the jacket will prove very useful. I do like that it’s not tied to any specific character, that they leave it open for you to develop your own story or fantasy. Looking at the list above, that seems to be a very healthy trend in tech toys.

You can listen to my radio series live every Monday on Moore in the Morning at 6:45 am 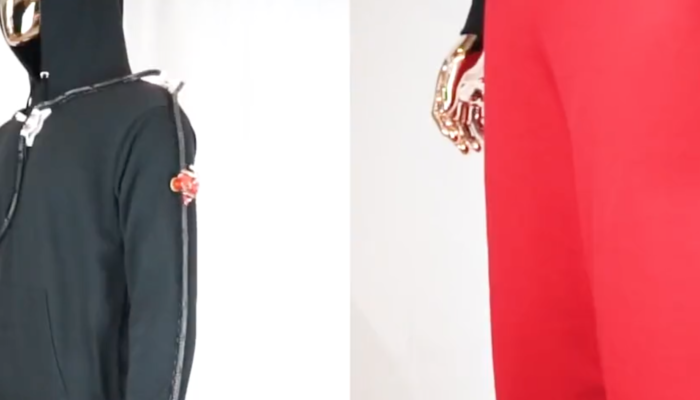 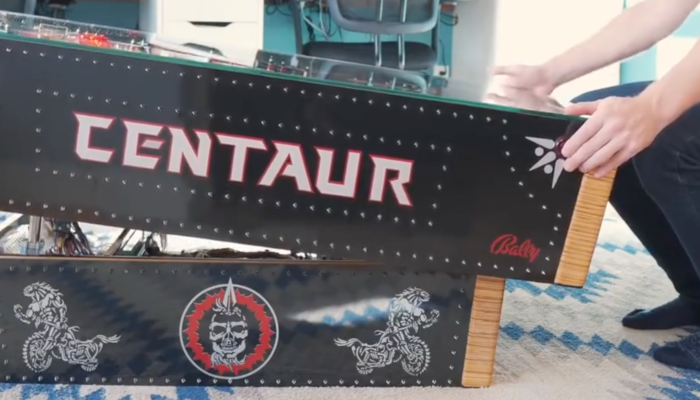 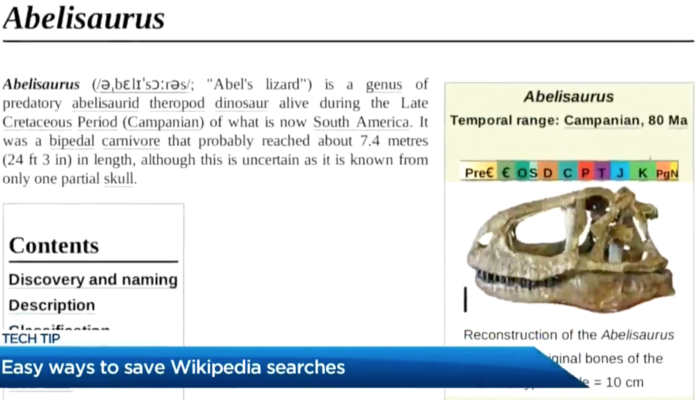