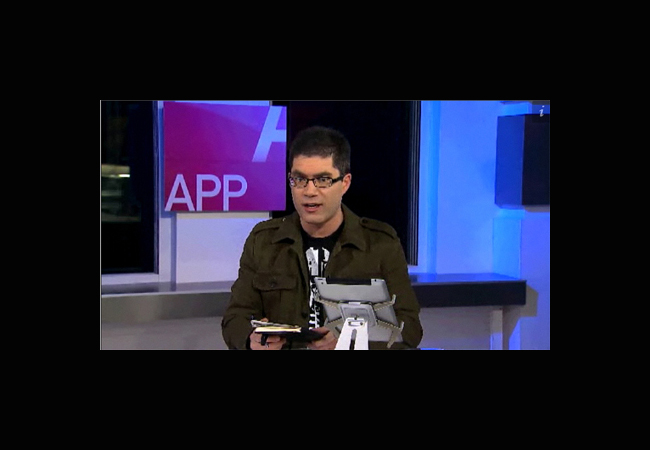 What’s The Cool Tablet Stand You Use On App Central?

We get this question all the time. The Luxa2 H4 Mobile Holder is my personal stand on the show. And it’s awesome. It has a solid-aluminum base with a 360 degree hinge plus a system of rubber grips and a silicon pad to hold your tablet in place. When we were creating the show I brought it in during our pre-production tests and because it can be reliably tilted to any angle, it received a big thumbs-up from our crew. When it comes to removing the glare from our studio lights off of the screen, it’s easier to tilt the tablet than to move the camera. 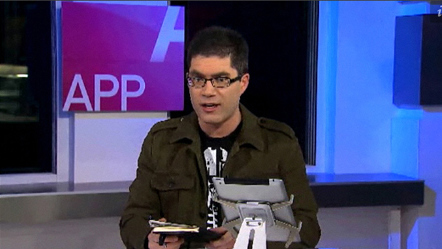 I found the H4 amongst the first wave of iPad accessories where it initially caught my eye with its Apple-like design, but in practice it’s so much better than esthetics. The “slot joint hinge” it uses means that you can pivot your tablet in any direction – forwards, backwards, side-to-side, you can even flip it all the way around. No matter what the angle, it stays put and because your tablet is held in place by a system of rubber and silicon grips, it won’t budge regardless of how far you pivot it.

The arms are adjustable so they can hold onto devices both big and small. I’ve used it on the show with Android tablets and the BlackBerry Playbook as well the iPad. It also works with eReaders too. 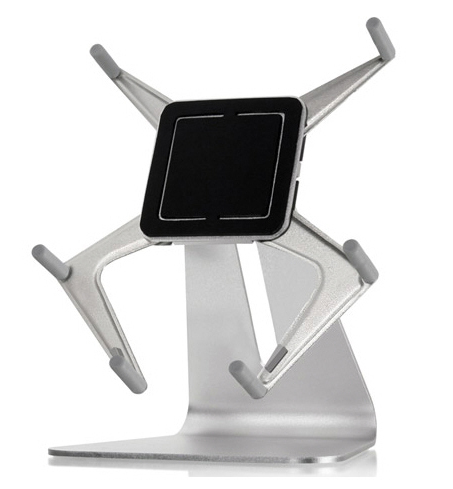 Where Can I Get One?

Here’s the bad news. No one carries it in Canada. PC Cyber has been known to stock it, but they are currently down for renovations. Your best bet is to order one directly from the manufacturer, which is an expensive and potentially unpredictable route, but there we are. In an effort to encourage Canadian retailers to stock it, I wrote a special review for MarketNews.ca which caters to retailers, but no luck.

I don’t have a deal with Luxa2, no one’s giving me any special consideration or payment to promote the product. It’s my personal discovery and I prefer it over the other choices on the market. Most of the tablet stands seem to miss the point. They merely prop up your tablet or they spend more engineering of being collapsible or foldable for travel. The point of a desk stand is to use it at a desk. 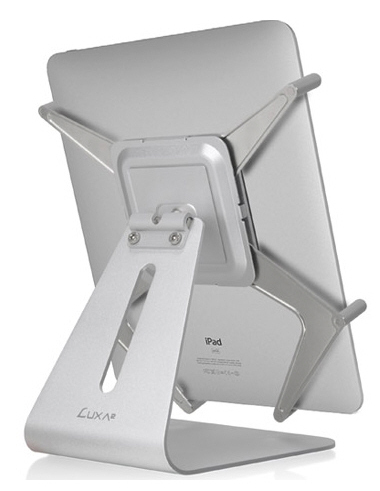 I initially thought price might be the issue, but the H4’s price is comparable or that the company couldn’t manufacturer enough of them to fulfill a retailer order, but it’s more likely the case that big retail chains have special deals with specific accessory brands. They get their stands as part of a package of stock that includes rechargers, cases, cables, etc. Putting in a specialty order with small company in the US for it may not fit their needs.

On our show time is money and the less time we spend getting the glare of lights off of our screens, the better. Well, that and I personally think it rocks. 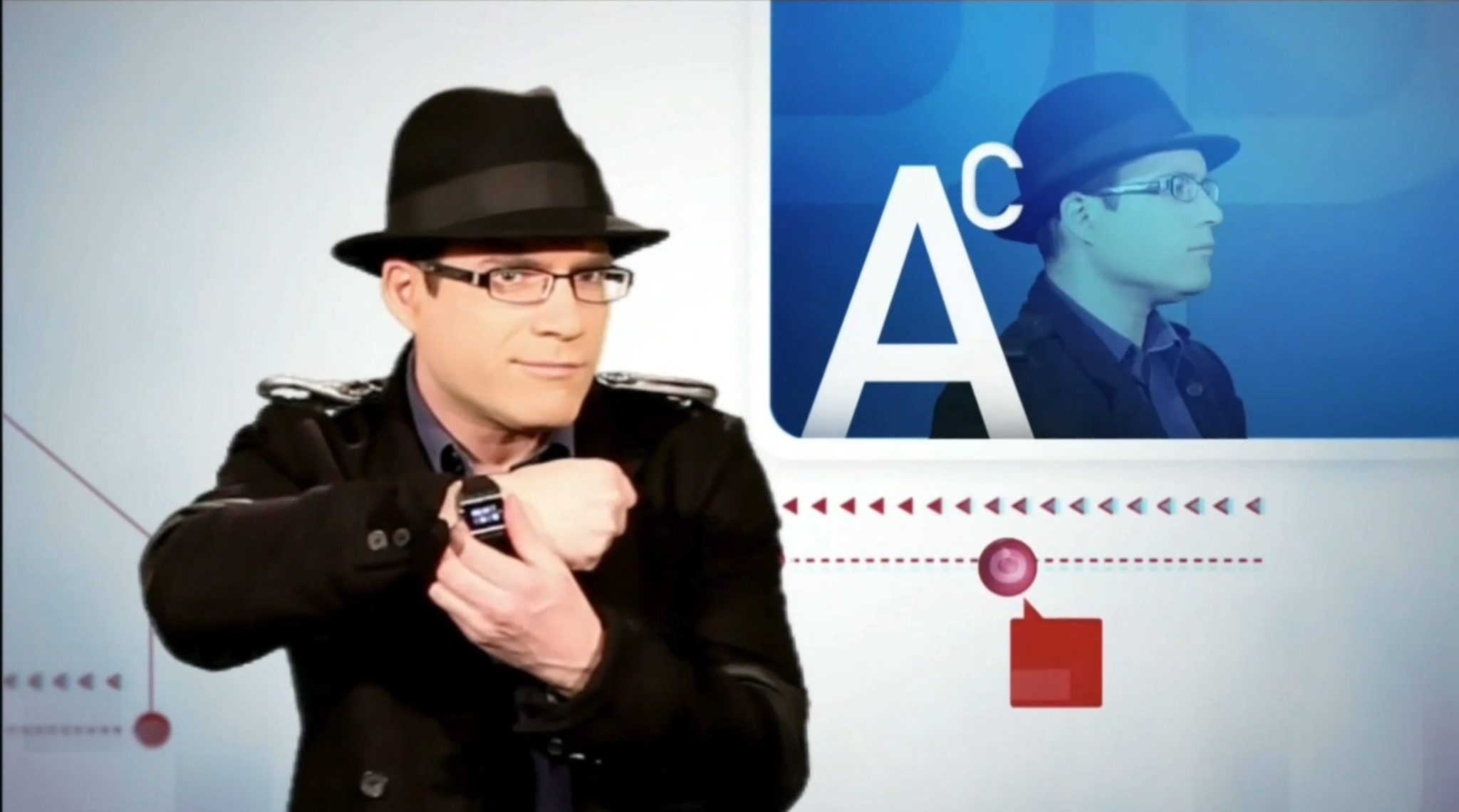 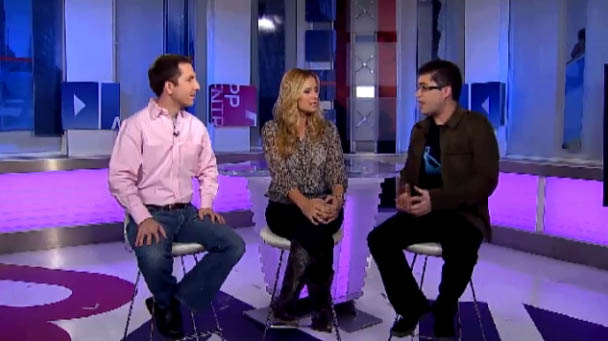