John Moore has a lovely, little dog named Zack and I’m sure he’d rather not do his business in the rain. This week I’ll show him a weather app that will help them better time their trips outside. Plus I’ll look at two apps based on It’s The Great Pumpkin, Charlie Brown and tell you just what’s included for the $14 Touch Press is asking for with their new app on the great pyramids.

You need to walk the dog, but it’s raining. It might be better to wait for the rain to pass, but how long will that be? Ten minutes? An hour? The afternoon? SkyMotion is a weather app that aims to give you the answers, offering predictions about precipitation for your exact location, by GPS or postal code. 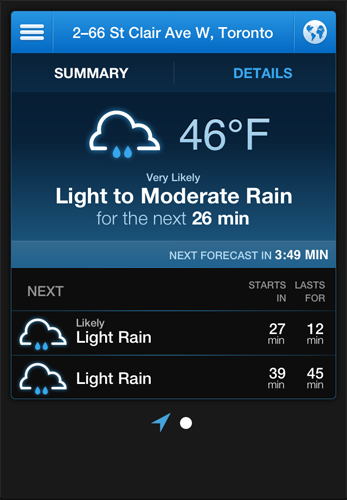 Whether its rain in the summer or snow in the winter, SkyMotion will tell you what’s about to fall in the coming moments. It measures out five minute intervals and offers a forecast for each. It might tell you that it will start raining in eight minutes or that the snow that’s been falling all afternoon will finally end in twelve.

Like all weather apps, it’s not infallible, and it often uses phrases like “light chance of” or “very likely” to hedge its bets, but you’ll be surprised just how often it gets it right. Like you’re umbrella, you won’t realize just how handy it really is until you need it.

Vancouver-based Loud Crow Interactive has done an impressive job of transforming the Peanuts’ 1966 animated Halloween special into an interactive storybook for kids. By tapping on Charlie Brown, Snoopy, and the gang, kids can activate pop-up actions and be rewarded with the voices, music, and sound effects from the cartoon. Peter Robbins, the voice of Charlie Brown on television, can be selected as a narrator to read the book so you can follow along, tapping highlighted words to have him speak them individually for repetition and learning. 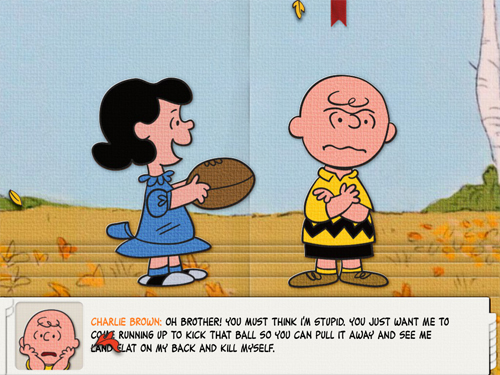 I love the vintage feel captured with paper pages and an old 45 record player and the activities that help fill the app out beyond the book. You can bob for apples and even play tunes on Schroeder’s piano.

As a bonus, Loud Crow has included the activities from a second, free app, The Great Pumpkin Festival. Here you can create your own Charlie Brown character and participate in an online pumpkin carving contents where you must carve images from supplied keywords. Doing so will earn you coins to unlock Halloween costumes for your character or you can simply buy the coins in packages ranging from $0.99 to $4.99. 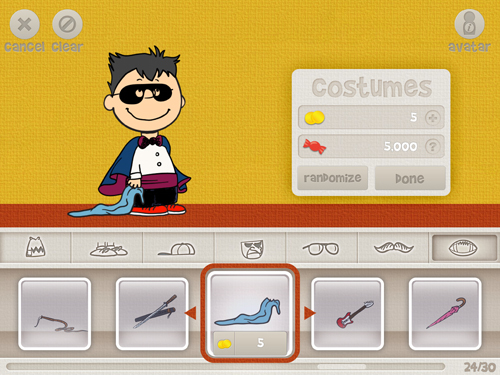 This is, sadly, the same kind of cash-grab we’ve seen from apps for The Smurfs and The Simpsons, where kids can quickly rack up bills on their parents, buying packages of virtual coins, and it takes away from the feeling of magic and craft that Loud Crow has given their iPad books in the past. Kids who are patient and are willing to earn the coins through the activities can get a lot of value without having to spend any actual money.

I’ve looked at photographs and floor plans, watched documentaries and have played with mapping programs, but have never had a proper understanding of what it’s like to walk inside the great Egyptian pyramids until now. Using the look-and-walk experience popular in video games, Pyramids 3D will help you crouch through the cobbled entrances of Egypt’s tombs and pyramid interiors, along deeply sloped passageways, through awkward junctions, and into irregularly-shaped chambers. Realistic textures and a soundtrack of sliding stones and buzzing insects help deliver an atmosphere of humid exploration while an expert narrator points out the areas you should zoom into for interest. 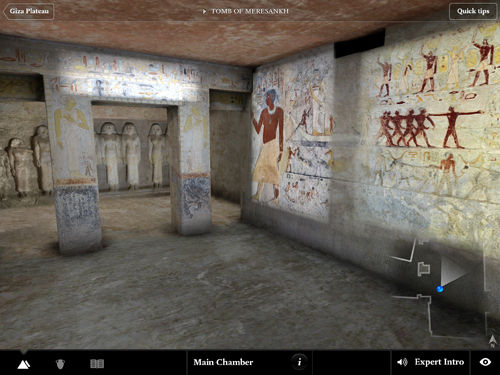 What you’ll find inside are the false doorways and windows that were used to communicate with the dead, the murals added to tell their stories, and the sarcophagi, now broken and empty. Recreations and hieroglyphic translations will help you see into the past, while photographs and wall details, including graffiti from the 1800’s, will give you a taste of the present.

Packaged with the 3D tour is a book detailing the history, creation, and meaning of the pyramids illustrated with 3D scans of key artifacts, including King Tut’s golden mask. These you can turn and look at from all angles or zoom into for incredible detail, something you could never do in a museum. 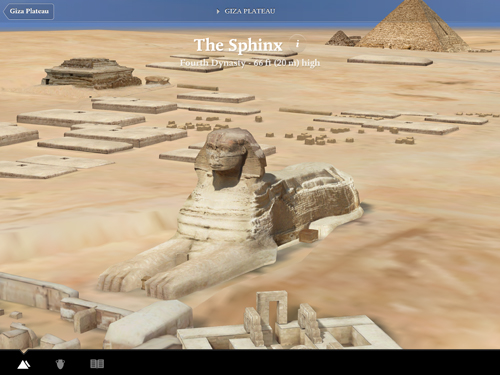 Missing from the experience are the mummies, which I’m hoping will get their own app later on. This experience focuses just on the architecture of the pyramids and, like Touch Press’ other $14 app, you’ll get the best value if you’re already invested in the subject matter.

There’s plenty of videos and information about the pyramids online, so I’d say the real benefit here is in having a cohesive walk-thru of the pyramid interiors with the chance to turn and examine their artifacts up close. 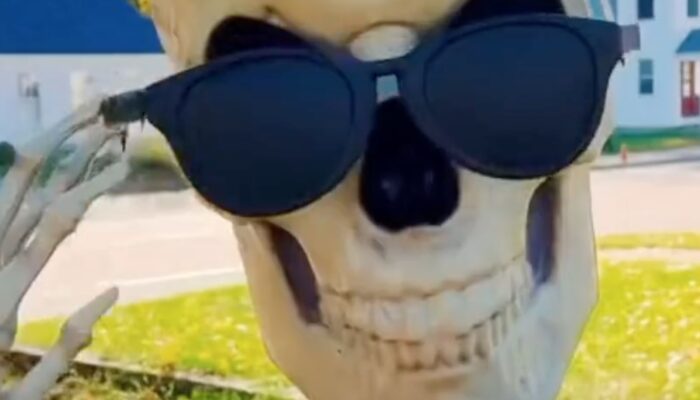 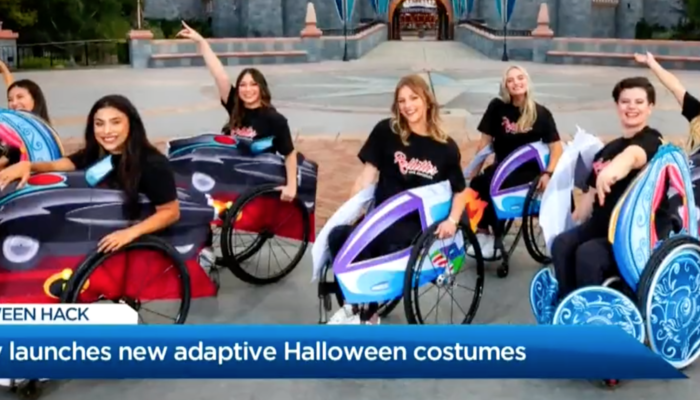 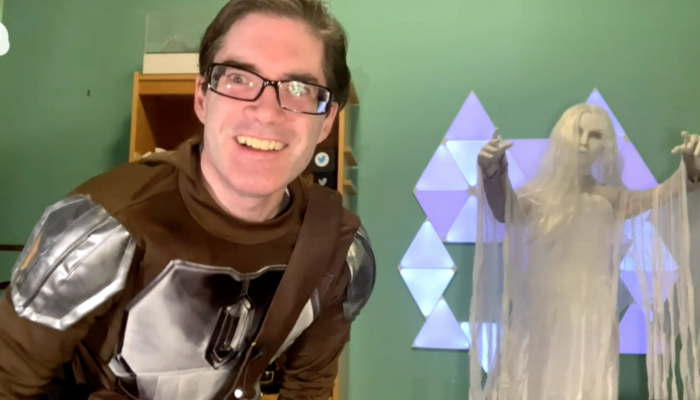