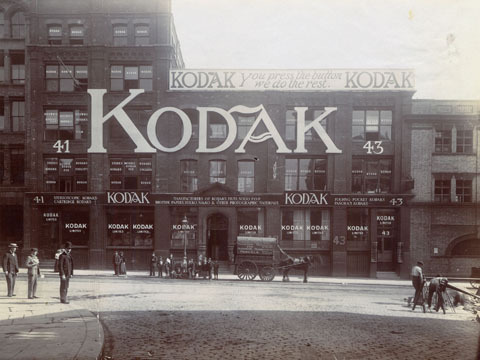 One Of The Great Tech Revolutions, Sadly The Last Kodak Moment Approaches

What began as conjecture from the Wall Street Journal this week is now a certainty. Photography great Kodak will be seeking to file bankruptcy protection as it continues the process of selling off its valuable patents, the lifeblood of any tech company, in order to resolve its affairs. In reaction the company’s stocks have plummeted, assuring that recovery is no longer an option. In light of this very sad news, we took a moment at the Aaron Rand Show on CJAD last night to delight in the extraordinary revolution that Kodak started. To this day it’s one of the great tech stories, and with strong parallels to today’s computer giants.

In the early days of photography the technology was complicated and limited to “Gentlemen Enthusiasts”, men with beards and spectacles who tinkered with their cumbersome camera boxes, often alone in an attic or a garage. They were not the most socially-adept of men, but there did emerge a few who had the business sense to open studios and charge the public for getting their portraits done.

As magical as photos were, the public was still very uncertain and suspicious of it all. If you looked closely, a photograph would never quite turn out the way you’d expect it to and some worried that the camera was somehow changing or distorting reality.

It didn’t help that there was a format war going on, with many betting on the higher-quality Daguerreotypes over the lower –quality paper prints. Paper would win out, simply because you could make copies of the photos and so it was easy to share them.

George Eastman was a visionary who “got it”. Not only did he understand the technology, but he could see how everyday people would use it and had the business know-how to turn it into a consumer business.

He invented the film roll and with it launched the Kodak camera. It was small, portable, and the controls were reduced to just one button.  Included with the camera was a developing service. Once you finished the roll, you simply shipped the camera to their factory. They developed the photos for you, saving you the bother of all those chemicals, and returned it back to you with your prints and a fresh roll of film installed.

Eastman launched his cameras with friendly names and winning marketing campaigns. “You press the button, we do the rest” was his slogan. He made up the name “Kodak” because he felt the later k was strong and incisive. His follow-up was “The Brownie” which people still have a fond, emotional connection to today.

Before Eastman, people appeared stern and unsmiling in their pictures. Getting your picture taken was a very intimidating process. You sat in a studio that smelled horribly of chemicals and had to face a barrel-like lens that looked like a cannon. With often just one chance to get the photo right, most struck the stoic poses you’d seen in paintings or sculpture.

Eastman’s Kodak camera completely changed this. It was a small, portable box with a friendly lens, no chemicals to deal with, and easy controls that anyone could use. With an entire roll of film, people were free to play and experiment. You could take your one serious photo and then use the rest to just goof around with.

For the very first time people actually looked at the camera and smiled. It quickly became clear that it was these casual shots that would be where the technology would go, not the stern portraits.

Children were very quick to take to the Kodak and Brownie cameras and their portable nature meant that they soon appeared everywhere. It was now easy to snap someone’s photo in passing, not just friends or family, but complete strangers. The technology soon became seen as invasive and annoying. It was as if you couldn’t go anywhere without someone ambushing you with a click or a call to look toward the camera. 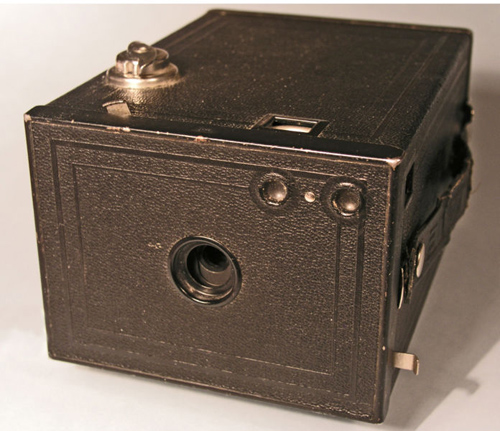 These early-adopters of the mobile technology were proclaimed “Kodak Fiends” by those unhappy with the rise of cameras and what it meant for personal privacy for the world at large.

Of course all of this sounds very familiar in our age of computers and cellphones – format wars, portable gadgets, one button controls, and concerns over privacy. History often repeats itself and you get the feeling that some tech companies have paid attention while others have not.

This week we have to face the idea that Kodak forgot its own past. The company’s inspiring beginnings was enough to still attract talent into the 1970’s and they can be credited with having invented the digital camera. Unfortunately their leadership did not share the insight of Kodak’s founders and made the mistake of allowing other companies to bring the technology to the world while they focused their attention instead on printing.

For George Eastman, who passed away in 1932, his legacy will always be a world filled with the images of smiling people.